I used to recognise myself, it’s funny how reflections change... 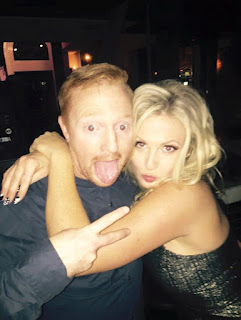 Thinking back on things, June marks the time of year that I excuse anything I do to the fact that it's my birthday month. I can buy what I want, eat what I want, go out as much as I want; all because of a made-up excuse that I use so that I don't feel guilty. On my actual birthday night, carnage ensues. Standard. In the run up to it, I have people texting me during the day telling me how much they’re looking forward to my birthday more than their own! Do you think I put too much emphasis on it?! Think MTV Awards night meets St. Patrick's Day...

We head out to Hoo Haa (since I’m still boycotting The Imperial since Feb) and the drinks are flowing. I love my friends. Every friend that I have in my life is special and I cannot put into words how important each of them are to me and how they get me through it all, no matter where they are.
Surprise turn-up of the night is Kiwi, who was waiting for me when I got to the bar – the guy who never goes out unless it’s with work was out and in fact, waiting on me?! Wonders will never cease!
From here we headed to Temperance, where the good clean fun continues. That is until everyone goes home and I’m left with only a few of us and that’s when it happens.
We had left our jackets and bags in the usual place in the bar and were standing beside them when Neil obviously sees something and tells me to keep an eye on my jacket. I go to see if I can find it on the table, only to see a random girl is wearing one which funnily enough looks exactly like mine…. Hmm.
Drunk Ciara looks at the jacket this (even drunker) girl has on and confirms it’s the same jacket as hers. Drunk Ciara is still in the frame of mind to check to see if her jacket is missing before unleashing all Hell on said girl.
Nope. 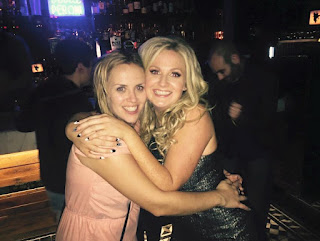 My jacket isn’t there and so I turn to the girl and say; “Can you take my jacket off please?”. “What?” she says, while staring at / through me. I kept calm while repeating myself numerous times and with her continuously staring at me like I was the one with the problem, I started tugging at the jacket saying “Take my jacket off – NOW!” Her friend gets involved and is trying to pull me away, but I’m not letting her away with it. Eventually I manage to pull the jacket off her and as I put it back with the rest of my mates’ jackets I turn around to walk back onto the dance-floor when she says “F*ck you, ya fat b*tch”.

This is when any little bit of angst, anger, anxiousness or indeed frustration for the past 2 years was unleashed on the drunk girl swaying on her chair.
Try to steal my jacket. OK.
Call me fat. Not OK.

I turn around and go for her (obviously not touching her, just close enough to give her a full dental examination), shouting at her this and that and doing all the finger pointing and head-moving you see on those American TV shows. Everyone else who is with me thinks I’ve completely lost it as none of them heard her say anything. I’m separated from her and reluctantly go back to dancing. No more than two minutes later I look over and I can see her friend looking through the jackets and pulling my jacket out of the pile! I storm over, grab it out of her hand, take all of the jackets and move away from them. She follows me asking to see the jacket saying that one of the jackets are her friends. I go through them all, mine, Emma’s and then someone else’s. She claims the third for about five minutes before coming back with it saying it’s not hers. She is so drunk she has no idea what's going on, but I'm still fuming over her name calling. I hand my jacket to Neilee shouting “MIND THIS – I’M GETTING A DRINK”. The poor guy turns up at the bar about five minutes later asking me where I bought my jacket and what size it was etc. Clearly the friend wasn’t giving up on taking my TopShop Size 12 leather jacket and so he was trying to politely diffuse WWIII which was about to kick off. Another five minutes later I’m back and it turns out – what do you know – my jacket wasn’t, in fact, hers, and she found hers on the other side of the bar, before promptly leaving. Awkward. 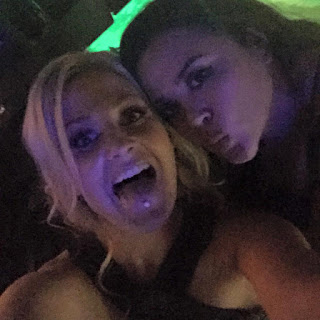 This ruined the end of my night. I was left with Neil and Trickles who I felt weren’t seeing it from my side of things (since they never heard her say anything to me and then saw me go mental, they clearly just thought I was insane). It was late, so we went home.

The next day I was going over the whole saga and telling my sister about the situation, looking for reassurance and backup. “Oh my God! What the Hell?” she said. “I know!” I was saying, before she interrupted me with “Well; she was a fat b*tch too if she fit into your jacket”.

Not the type of encouragement I was looking for, but thanks Bhany, I think….?