Not much to talk about in February; most of the family birthday's land in the first 2 weeks of February. My Dad's, 5 days later followed by my sister's and Neil's and then 5 days later followed by my brother's. Valentine's Day I got spoilt in the morning and then spent the day watching football and taking photos of the players; something which has somehow become a regular Saturday in my life. I'm now the Social Media Coordinator for Frankston Pines FC (soccer), and so am juggling their Twitter, Facebook and Instagram accounts as well as being their photographer and messing about in their website. Cos I apparently didn't have enough to do with my time..?! 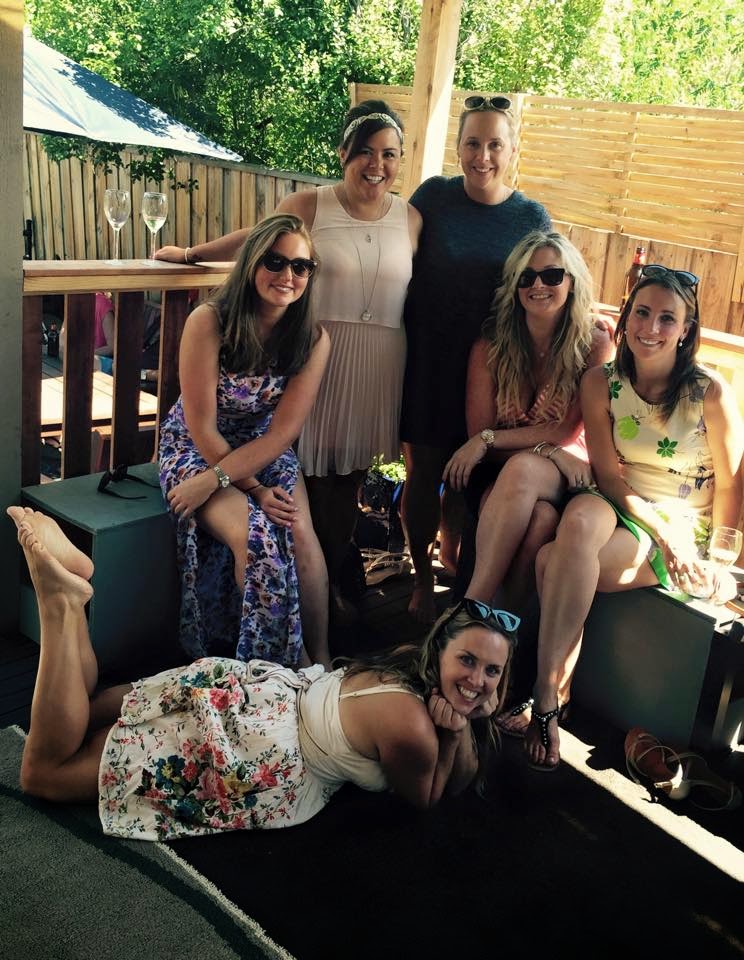 Mid-February and the beautiful Indie's Christening comes around. We manage to get to the church JUST as the Christening is starting and with Godmother Maire in tow. She had even stayed sober the day before in an effort to be a good influence, yet still managed to almost miss the service! Panic stations all round, but crisis averted! Some sore heads from the day at the cricket previously, but most managed to pull it together for the occasion; apart from Clara's boyfriend Ben who ended up lying on Ruth's sofa in a heap, with an old lady sitting at his head! Very funny!
A beautiful sunny day spent chatting outside with amazing pulled pork burgers and a pool to sit by. Ruthie and Steve know what we like! :) 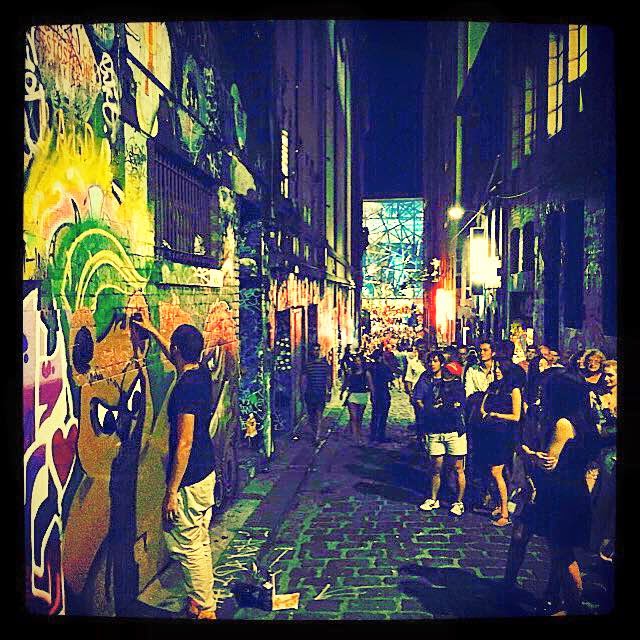 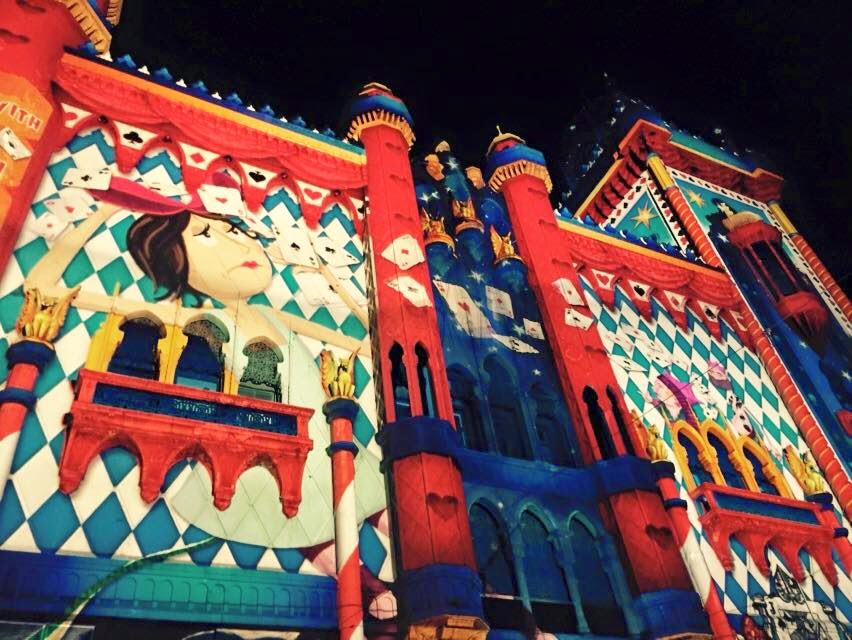 February also brought White Night to Melbourne (http://whitenightmelbourne.com.au), where the city is lit up and there were over half a million people walking around taking in all of the shows. We walked into the city from Chapel St about 9pm and then didn't get home til 2am, but it was great - graffiti artists doing their thing on Hosier Lane, Cirque du Soleil representing, buildings lit up with light shows to music etc. 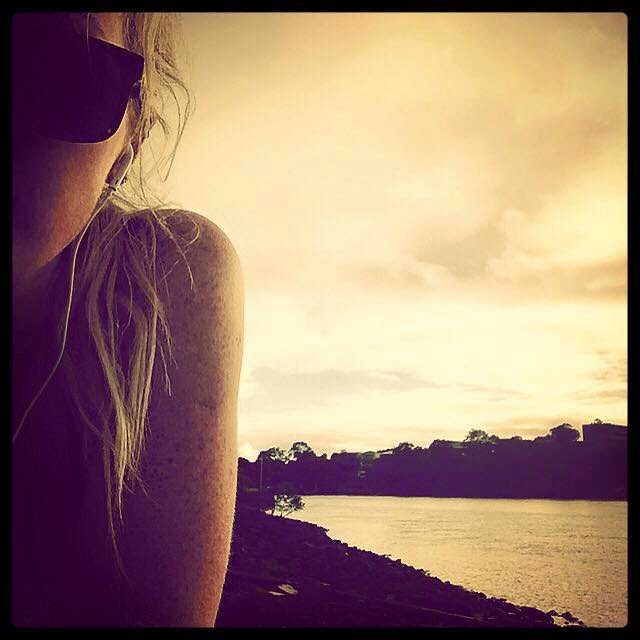 I had a work week-long trip to Brisbane, where you think all this travel would be great; but when you travel during the week then you see the inside of the office and that's it. And it's all extra work, as you need to continue to do your Melbourne job at the same time. I need to win the lotto. Well, I probably need to play the lotto first; and then win it...

I was up at 5:30am every morning in an attempt to jog the boardwalk along with the rest of Brisbane apparently, but the humidity is a killer when you're not used to it. At least I attempted it every morning anyway; getting no more than 5kms done, but it was a start to my #fitfatchick campaign. I went out to the city with Clarissa one day at lunchtime, but otherwise went from apartment to work, work to apartment.

So...you know the way random weird things always seem to happen to me? Well, prime example coming up. I am on the way back from the work-trip to Brisbane on a Qantas flight; headphones in, minding my own business. I wear my headphones at all times now when I'm walking about on my own since I seem to attract so many weirdos! I'm seriously like a magnet to them! I sit down in my middle seat, and wait to see who I'm going to end up sitting beside. A few mins later, a stern looking lady sits down to my right. Then about two or three minutes after this a guy gets on and we have to move as he dramatically struggles to put his big back-pack under his window seat. I sit down again and continue to listen to my music as he fumbles about beside me and is messaging on his phone. I ignore the fact that he is staring straight into the side of my face until about five minutes later he interrupts me to ask if he can take a "Selfie" with me. As it's such a random request I laugh and agree to do it, thinking that he has some guts to ask a complete stranger this!
Turns out he's messaging his mate who tells him to take a photo of the person beside him, and when he said that it "might be weird" to do that (YOU THINK?!), the friend tells him to ask the person; so he does! It made me laugh and I was thinking it was something to put in the blog at least. Harmless fun and all that...but unfortunately it didn't stop there.
Let's call the traveller "Brad". Well, Brad had been in the Qantas Lounge, taking advantage of the free wine and was already drunk before getting on the 3 hour flight. Brad then thought that he'd talk to me the ENTIRE 3 hour journey home, while continuing to drink bottle after bottle of wine. He got louder and louder, the closer we got to Melbourne. His language got more and more vulgar as the flight progressed with eventually him randomly waving his hands in the air at times of turbulence shouting "this is how they all died the last time!" or "We're all going to die!!!" at the top of his voice. As a side note, can I just say this was 4pm on a Thursday afternoon. 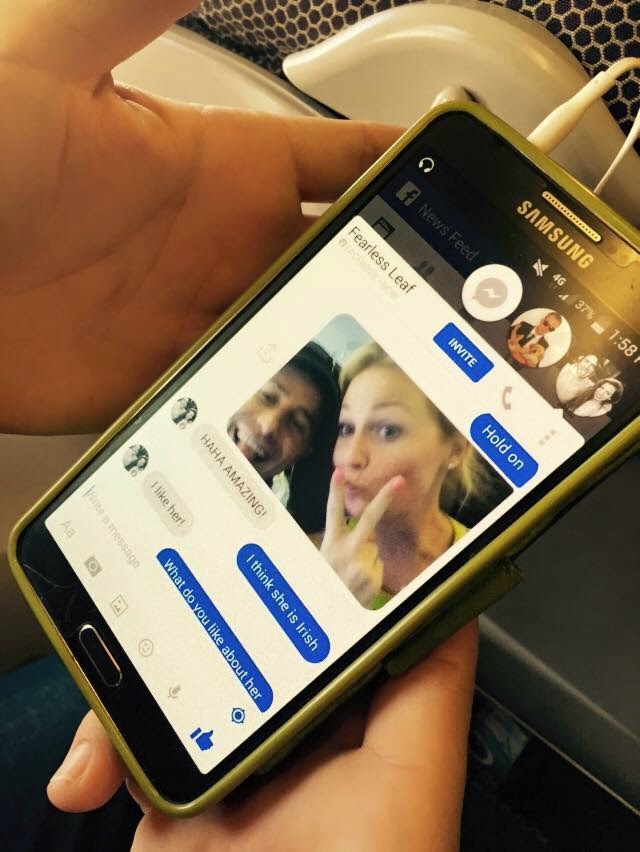 So, I noticed that the more breaks in our conversation, the more ridiculous he got and the more embarrassed I became at having to sit beside him as he shouted about vaginas and used the word c*&t as freely as the word "the". Mrs. Stern to my right looked as though she's about to sue Qantas for the whole damaging experience. The plane was silent apart from Brad's booming voice saying "Wouldn't you just love to draw a massive c*ck in the crop so that everyone could see it flying overhead?" I can't even write down the rest of the stuff he said it was that bad!! Not to mention his attempts at picking me up; "You have beautiful eyes". "Those eyes aren't Irish". Total cringe...
So, I tried to keep him talking about everything and anything so that he would act semi-normal and keep his voice down at least. His family (one brother), his job (hates it and is going to be made redundant; but is in fact just happy that his hated boss is losing his too), his girlfriend (yes, you read right, he has a girlfriend) etc. When I ran out of things to say to him he would pipe up with something random and probably racist. At one stage the Air Steward had to tell him to be quiet or that we would have to land the plane early! (Although, I'm not too sure where else they were thinking about landing the plane other than at Melbourne...?!). I was sure there was going to be police waiting for us when we landed; ready to take him away and me, guilty by association. EVENTUALLY we landed, but the drama didn't stop here. Brad decides to call his mate - ON SPEAKER PHONE - to wish him a "Happy Birthday from everyone on the plane". I look around and, funnily enough, can't see one cheery person on board who is keen on joining in on the "Happy Birthday" song that Brad has now started. Brad's poor mate is met with silence on the end of the phone, from the non-too-happy passengers who have had to put up with Brad's obscenities for the last 3 hours. We disembark the plane and as he's asking me to go with him to a BBQ, he grabs my hand and won't let go. I'm left there nervously laughing as he literally drags me towards the door. Out of nowhere, the Air Steward (who wasn't too impressed with Brad's "OoooOOOOoohh" after he had tried to bluff him into silence) bursts through the middle of us, forcing him to let go of my hand. Two seconds later security are on poor Brad, who is then manhandled out of the airport and left swaying on the pavement; waiting for his lift home; as I'm left hiding by the baggage carousel until he leaves and I am free to move on with my life until the next time...