Our PHSK Hockey Presentation Night was always going to be a big one. Considering the antics of a regular Saturday Night and the fact that I ended up with blood all over me (a certain Trickles dancing in his bare feet and standing on glass) from the last Preso Night, I was wondering about this one and what it would entail.
Maire and I took the day off and got ourselves pampered. Hair, tan, make-up all done and all we needed to do is get dressed. Saying this, we were still nearly late! 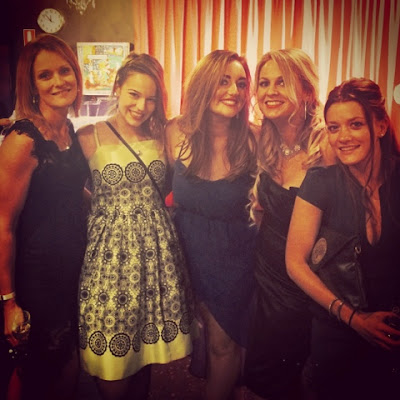 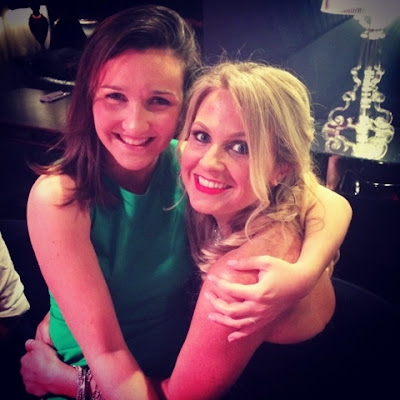 It was in Red Scooter at Balaclava and what a great night it was! We were told it was $100 a ticket and that included your food and drink (which was wine and beer). We were there about an hour before Una went to the bar to get something else. Five minutes later I see her ploughing through people with her hands laden with drinks, shouting like a crazy woman "It's all free! It's all FREEEEEE!".

With a room full of Ex-Pats, this simple statement almost caused a stampede. For fear of the alcohol ever running out, each person was ordering their drinks in mutliples; "Vodka, lime, soda please. Actually make that four." We all became super generous too; "I'm going to the bar, would anyone like anything?". The poor bar-staff were made work for their wage that night and I'm not sure how the venue made any money with the volume of alcohol consumed in the 3 or 4 hours we were there! 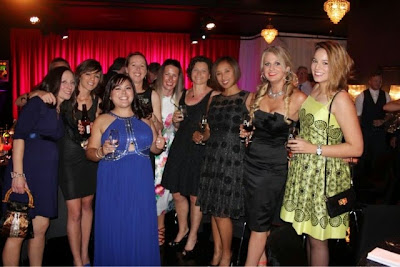 All dressed up to the nines, you'd think we'd head out to a nice bar afterwards? No... we headed to XBase; which is a BackPacker Hostel containing a bar inside. $5 drinks and figuring that we most likely wouldn't get in anywhere else anyway, we stand out like the opposite to Wedding Gate-Crashers, whatever they're called! The antics in here included one person falling over a number of times (and then texting me to say she has a sore knee and asking if I knew anything about it), people "pole dancing" (and I put this in inverted commas for a reason), numerous photos taken that were discovered a few days later that nobody seems to have any recollection of and a few DMCs ("Deep and meaningful conversations") scattered about. I was asked "Are you Ciara? Spelled C-I-A-R-A? (from FB/email) Wow.....hockey gear does NOT suit you!". I was left staring at him like 'I don't really know where to go with this' and he then tries to make everything better by saying "I mean, you look nice....tonight". I literally just turn on my heels and walk away...(to the bar of course...!) From here we headed to Revolver (which is even WORSE than XBase - which again concretes in my mind that we have no standards AT ALL); a place where those out of their brain on drugs usually go to stay out as late as possible. We decide to call it a night at this stage and headed home. A great night, a great laugh, a delicate disposition the next day but well worth it. We have it booked for next year, but I'm guessing that Red Scooter might have learned their lesson by then?! 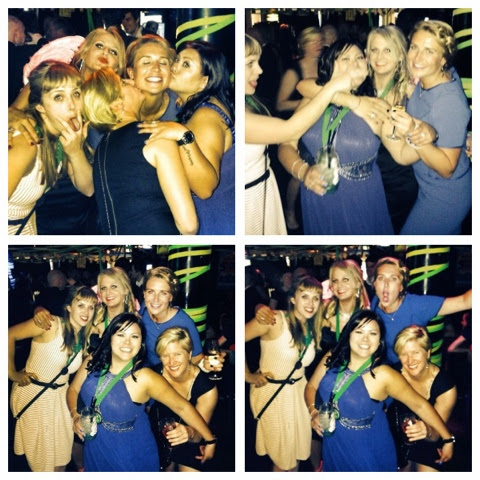 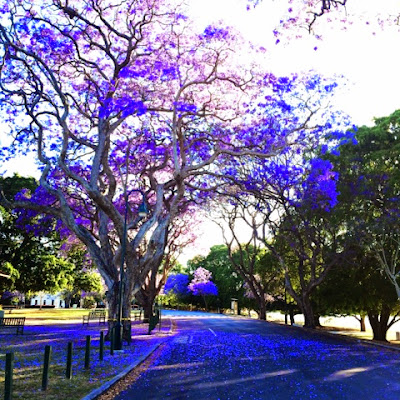 I had to go to Brisbane to train someone in work for the week. What an absolute DISASTER that trip up was! Firstly a couple of days before I head off I hear of a murder at the same place where I'll be staying. Some guy murders his girlfriend and then chops her up and cooks her - (and then, just to add some drama, the girlfriend turns out to be a guy) and then kills himself. Nice area so?! The morning comes and I ordered my taxi for 6am and it arrived at 5:45am. The driver gets out and immediately rings the doorbell of the house about 10 times in the space of thirty seconds, waking the whole house up. I run downstairs and bite his head off for doing it and tell him to wait 2 mins and I'll be down. We get to the airport an hour and 45 mins early for my domestic flight, but the queues are so long and so many other flights are delayed that I barely make mine! I collapse into the seat only to find that we are delayed for take-off anyway. I then have the luck to have a little girl (and I'm being nice by calling her that) sit behind me and kick the back of my chair the entire 2 hours of the journey. I ask her father to tell her to stop and he just laughs at me smiling with the two remaining teeth that he had in his mouth left. In the end I grab the air hostess and tell her to move me or get the girl to stop; which she does. We are then 30 mins delayed in landing and when I eventually manage to reach the baggage claim, I discover that one of my bags isn't there. After another 30 mins searching, I discover that someone else had taken it and then left it at the door (perhaps the toothless father?)! I scramble into a taxi, where a woman tried to tell me I was skipping the line (when I wasn't), and tell the driver where to drop me. Ten minutes later the taxi crashes into another and I'm left there as they argue in Indian whose fault it was. The look on my face indicated that I was less than impressed and required another taxi ASAP, so they quickly exchanged details and I eventually make it to my destination, frazzled but still alive at least. Could I please go back to bed and start this day again?! Brisbane is lovely though - for the jogging stretch that I actually got to see. I'll forgive you for having a murderer on my doorstep. 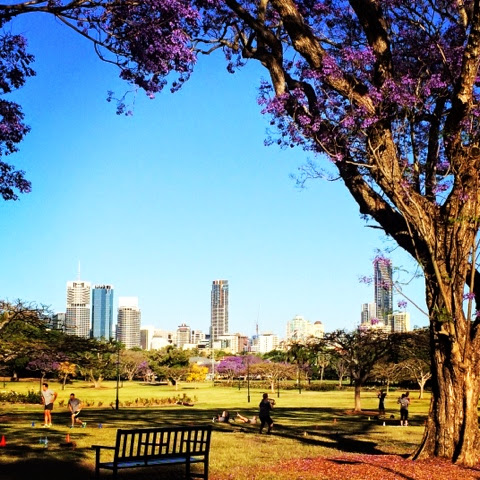 And typically - because my mind wasn't messed up enough, life decided to throw me another curve-ball. I got approached by a Head Hunter for a company in Europe and was offered a job there. It would be using my languages that I studied years for, it would be closer to home, a great career move and about three times the money that I'm earning now. So what's the decision then I hear you say? That's what everyone OUTSIDE of Australia asked me too. Why are you even considering this? Surely there is nothing to even think about?? Do it and pay your mortgage off, do it and go home more often, go and you'll make new friends and meet more new people...
But something wasn't sitting with me right.
Money can't buy you happiness - you can't put a value on being happy with someone, or in a particular place, or with friends; never mind all three. Why risk losing it all with something that you weren't looking for in the beginning anyway? Why throw everything that you have away in the search of more money? What's the point in having money if you have nobody to share it with or if the loneliness or separation makes you miserable?
Being half of my Dad (career orientated) and half of my Mam (socially / family orientated) made it especially taxing on my mind; with constant "What ifs"; "What if this is my only shot for everything that I've worked and studied for and I'm turning it down?", "What if I go and it doesn't work out and I can't come back to Australia?", "What if this is my ticket out of debt, negative equity and the ruin that the Recession has placed on me?" or "What if I can't deal with the wondering how it would have worked out?".
In the end I went with what I told myself I would do at the beginning of this year - do whatever makes me happy. So; I said no - much to the amazement (and perhaps disgust!) of many; but I decided to go with the dice that I've been rolled for the minute, without trying to also juggle something new. I'm struggling enough just getting through this year that I want to hang onto any shred of happiness that I have or can find. So Melbourne, I chose you; you're going to have to put up with this crazy, messed up Irish girl for a little bit longer... 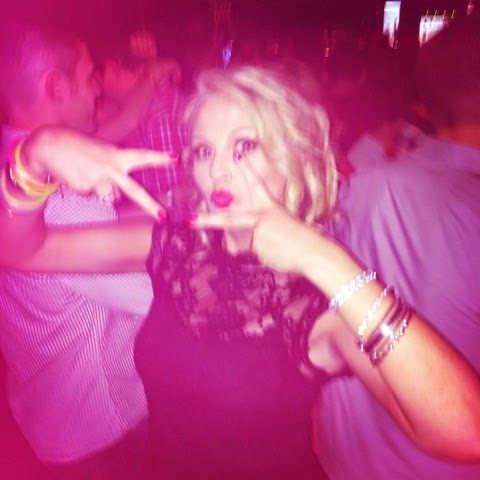 And then everything is shocked back into perspective. I get a text from home telling me that a healthy young man from our parish in Kilcloon, one of my best friend's cousins, passed away. Aidan went to bed one night and just never woke up.
Just like that his life was taken from him and a massive gaping hole left in the hearts of everyone left behind who knew and loved him.  And suddenly the decision to live my life how I want to, to choose happiness over money and to try my hardest to make the most of everything is reinforced. You get one shot and that could be a short one; you don't know when your time is up, so make the most of it and do it for you. Choose happiness, choose love, choose fun and memories and experiences will follow.
My heart goes out to the Dalton immediate and extended family and to the wide circle of friends that Aidan had. Just looking at Facebook you can see the impact of the loss of this young life has had and how widely across the world it is felt. The Parish is devastated at the tragedy and the ripples of pain are still felt in Australia for those of us who are here. I feel utterly sick at the thought of the pain that my friend Doireann is going through and at the fact that I can't do anything about it. I am left feeling completely useless and wishing I was at home to even just hug her and try help in some trivial way. Thoughts and prayers only go so far and all of a sudden December and my trip home feel like years away. 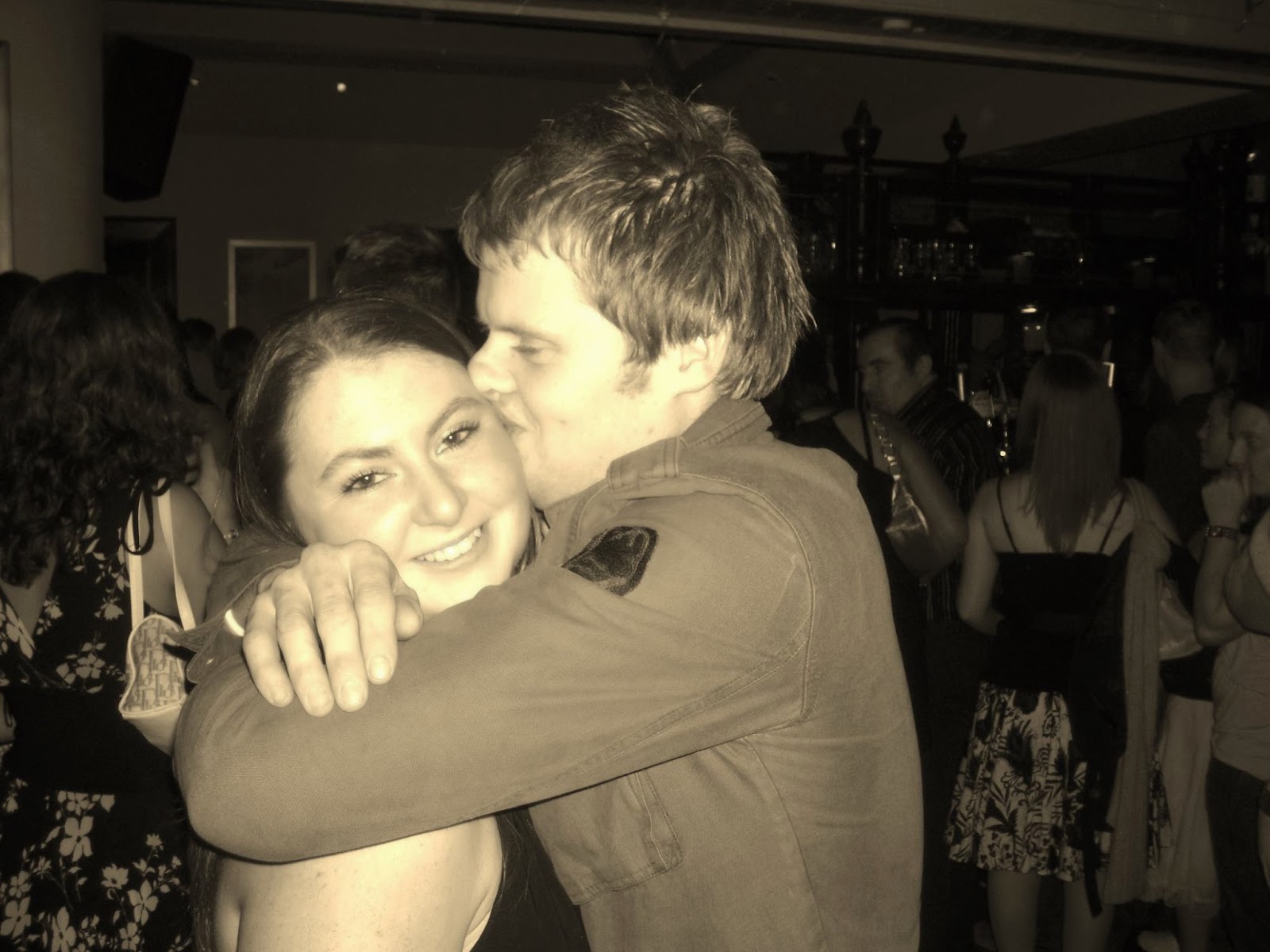