"You can't polish a turd"

OK what happened??? How the hell is it almost August already?! What happened to June never mind July??!
It was only when I sat down to do my blog that I realised that I somehow missed 2 months in the blink of an eye! I was already freaking at turning 32 never mind to have an extra 2 months added onto my life without my having done anything worthwhile!

The problem with playing for a St. Kilda team is that you become friends with people who genuinely aren't staying around for very long. The good thing is that they're mostly Irish, so I'll see them again. Poor Chaz mentioned that unless you're going for Permanent Residency or becoming an Aussie citizen then she's no longer going to make an effort to become friends with you to save herself the hurt! We said "See you later" to Lynnie who left us over here in Oz and headed home to Ireland. Goodbyes are not allowed, so it was a quick hug and a kiss and the Heaven's opened to make us retreat quickly back to the car before we even had time to get upset. 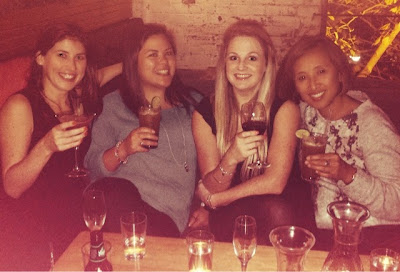 Contrary to that we said "Hello" to the beautiful Indie Rose, Ruthie's daughter, who was born June 23rd at 3:20am weighing in at 8lbs 13oz. (Told you it was a girl!!) The little munchkin is so cute, you can't put her down! Ruthie and Steve moved to Narre Warren just before Indie was born and I love visiting them! Especially since the first time I went I got pizza and the second time I went I got cake! The way to my heart is through my mouth clearly... Here she is wearing an outfit I bought her. As you can tell from the expression on her face, she is obviously LOVING the pink... 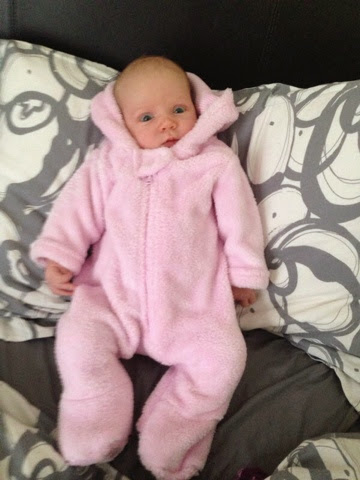 More anonymous flowers to my work brightening up my day and week and obviously creating a stir in the office; with various different unsuspecting males in the office being pin-pointed as the culprits by the girls! Funny! 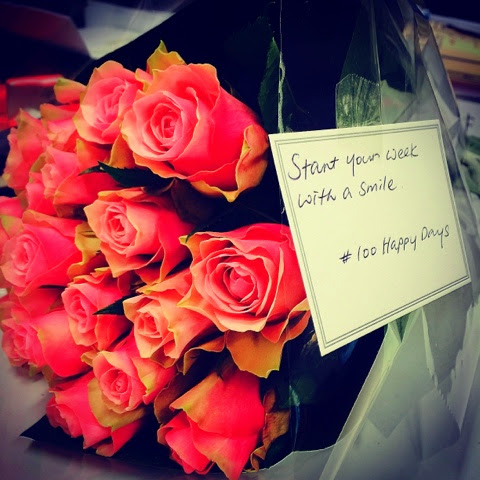 The rest of the month was filled with hockey and food - the usual!
I signed up for a Half-Marathon for October 12th and got going on my training plan. I only do about three runs a week, but it's killing me! I am most definitely not a person designed to be fit... What's that? "Probably cos you eat so much Ciara"? :) 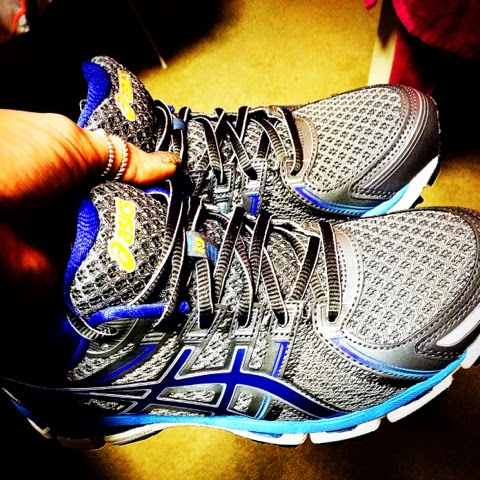 On the subject of food I'm finally having to take the whole Gluten Free side of things seriously. I generally order GF food when out, but won't hold myself to it and will eat whatever I want really; much to my own demise. Not that I've been tested for it (cos the test is almost $400!), but I know when I eat it that I feel rotten and can take a couple of days to recover. I guess it means I've to be more organised and prepared in future...and yes, probably less gluttonous! :) 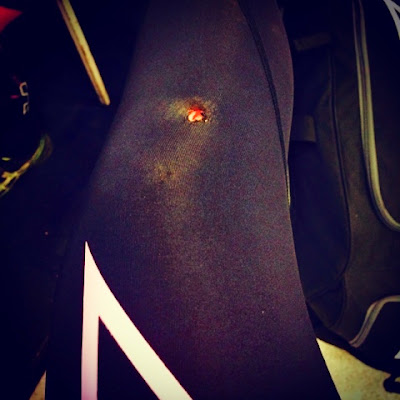 A particularly bad week lead to a massive spending spree in the DFO (Discount Factory Outlet), which in turn lead to a big clear out of my wardrobe. A crushing blow was felt after I spent $150 on a pair of 2XU skins and had them 30 mins before I was tripped at hockey and ripped them. Gutted doesn't describe it! 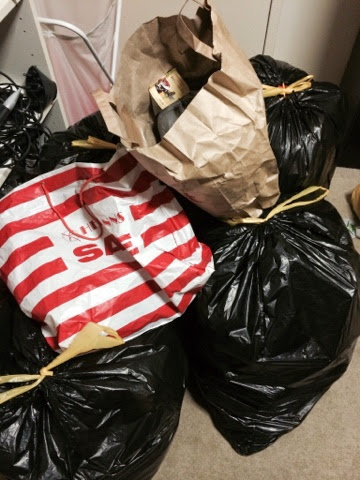 I'm also moving apartments on Sept 1st and have all the joys associated with that. I've started to do a clear-out of clothes and crap that I have accumulated whilst being here in Oz. How one person can have so much stuff is beyond me. Especially seeing as though I came over to this country with only 23kgs?! I have already got 4 bin-bags of clothes and shoes to share with friends and then give the remainder to the Op-Shop; still leaving me with full shelves, drawers and a crammed wardrobe; yet I never have anything to wear. The less I have the less I have to move, so I'm hopefully going to whittle it down to a more manageable amount to move. It took me 3 hours to put my bed together - I wonder how long it's going to take me to take it apart?! Looking forward to moving, but the stress of the preparation and the actual move is something I'm dreading. I will have to do a special blog when I move to fill you in on the entertaining moments of the past 7 months...


We also said "See you later" to Mairead, who left Australia with a bang. Mair had a farewell party in her house with about 50 people in attendance - I'd say 48 of which were Irish! The poor non-Paddy-minority were mostly scared off with the antics of the drunken eejits dancing on the tables with beer boxes on their heads, smashing artwork over each other's heads, breaking glasses, putting mattresses in front of doors and trying to jump through them, reenacting River Dance in the sitting room or getting sick on the carpet. The last bit was funny when someone in particular was cleaning the house the following morning and saw that another person from the party had been sick on the carpet. They started ranting and raving about how disgusting it was and "how the hell could someone do that - do they not have any shame?!" etc. They were quickly silenced and promptly put in their place when they were told that they themselves were sick last night. On the dance-floor. 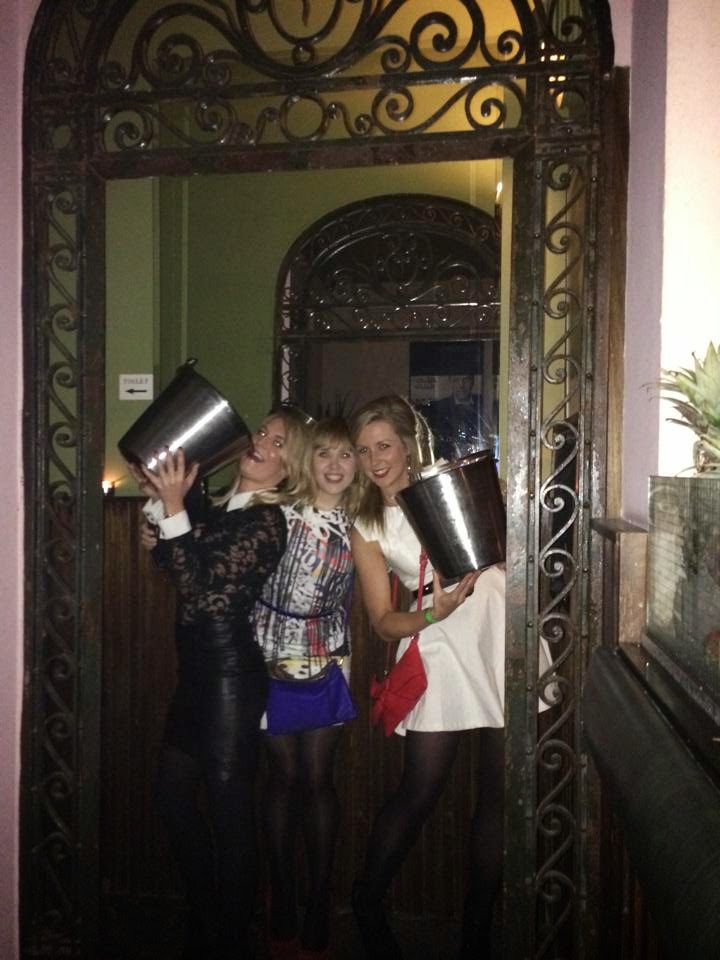 As you do. Standard.

I had decided to do "Dry July" (purely for financial reasons) and so probably should have been shocked and disturbed by the scenes that were taking place around me in my sober state. You would probably think that everyone there had a problem, given the amount they were drinking (random bottles of gin, red wine and vodka getting mixed together with slushy-sugar). However, I think I might have more of a problem; given that I wasn't at all shocked, traumatised or on my way to a mental asylum after witnessing the night's crazy goings-on. At one stage "shots" were being handed out to all who were there. Kind of the person to perhaps prepare the shots for all and to distribute them; but we find out the next day that the shots were, in fact, the leftovers of drinks that were found around the house. Waste not, want not, and all that I guess?!
(Note how I'm not naming any of these people by the way?! I'm such a good friend...)
Leaving the local cheesy nightclub last, completely sober and at 5:30am Sunday morning, wasn't exactly one of my finer moments either. Nevertheless I had to publicise it on Facebook with the mandatory status update. Obvs.


Kenny had her 40th a week later. Panic set in among the Irish / English crew, who were deciding how they were not going to be able to treat it as one of our regular night's out, how they couldn't drink before heading out to the classy cocktail bar, who were wondering how long they had to behave themselves for and how the hell they were going to do it! Genuine discussions were had about how we had to bear in mind this was a different style of night that we would be used to; filled with mature,  sophisticated people - we were to be "ladies" for as long as possible.
We lasted about 2 hours I'd say. 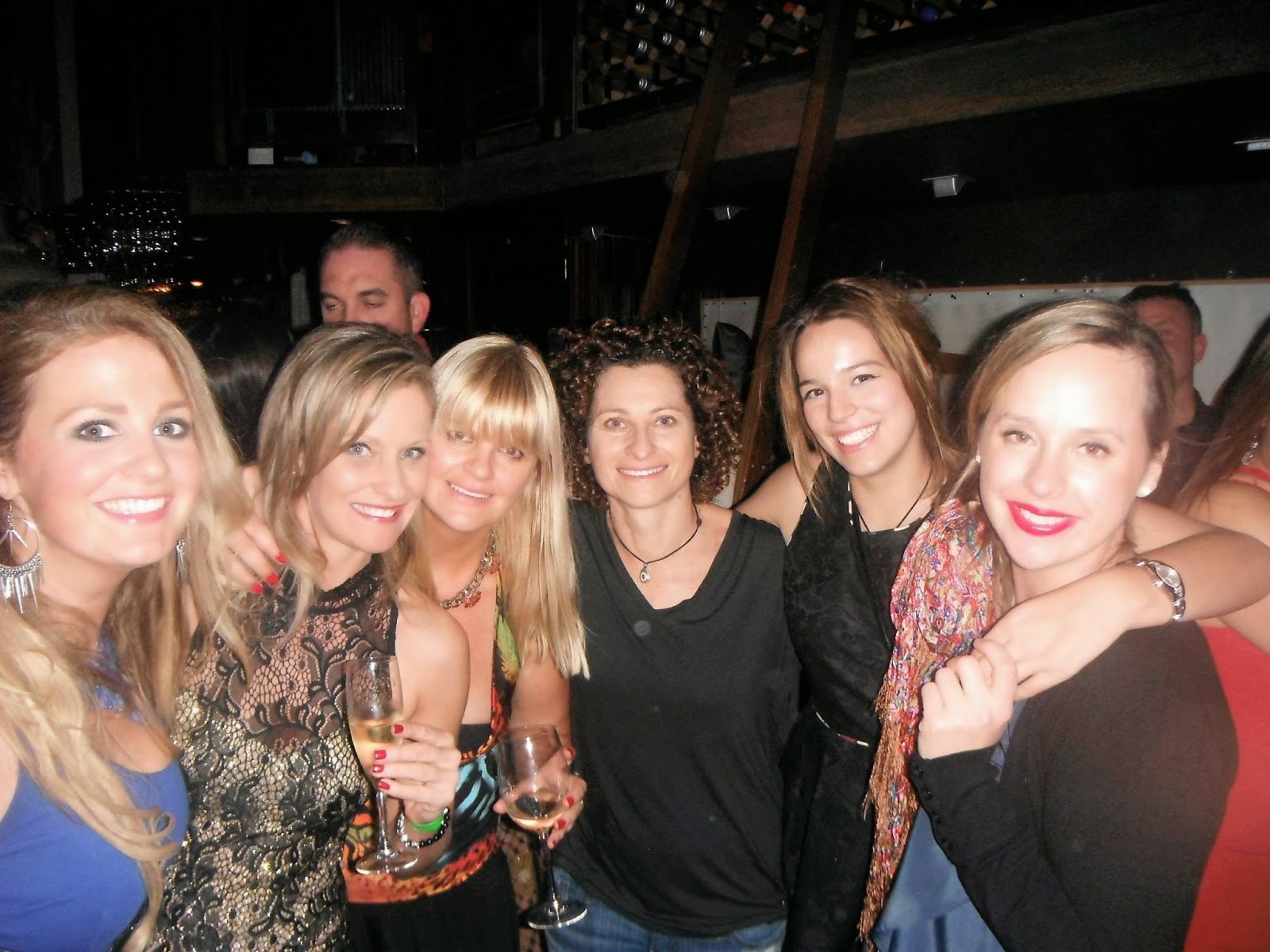 Turning up at Laika Cocktail Bar in St. Kilda, we were greeted by the most beautiful, elegant, classy captain around - Kenny! (Man, if I could look like her now, never mind at 40 I'd be happy!) We all had gone to the effort of dressing accordingly and comments were made from some that they wouldn't recognise us off the pitch. One even said that we looked like females now! Nice.
Dry July went rapidly out the window for me when Maire and Una twisted my very flexible rubber arm. There was no way that our team were going to be able to maintain the "classy, mature" image that we were trying to uphold for Kenny. Within a few hours we already had someone who passed out on the floor under the bar, someone on the stage singing with the band, someone getting asked to leave the premises, another who was getting in trouble for having no shoes on, someone else who asked another girl to take her home, a domestic dispute in a taxi about one of the couple being racist, a few having to go home early (obviously not the ex-Pats) and the hangovers the next day were less than ideal. I received various phone-calls the next day asking me what had happened and a number of the girls still hadn't recovered two days later!
I guess the main thing is that we tried....?? 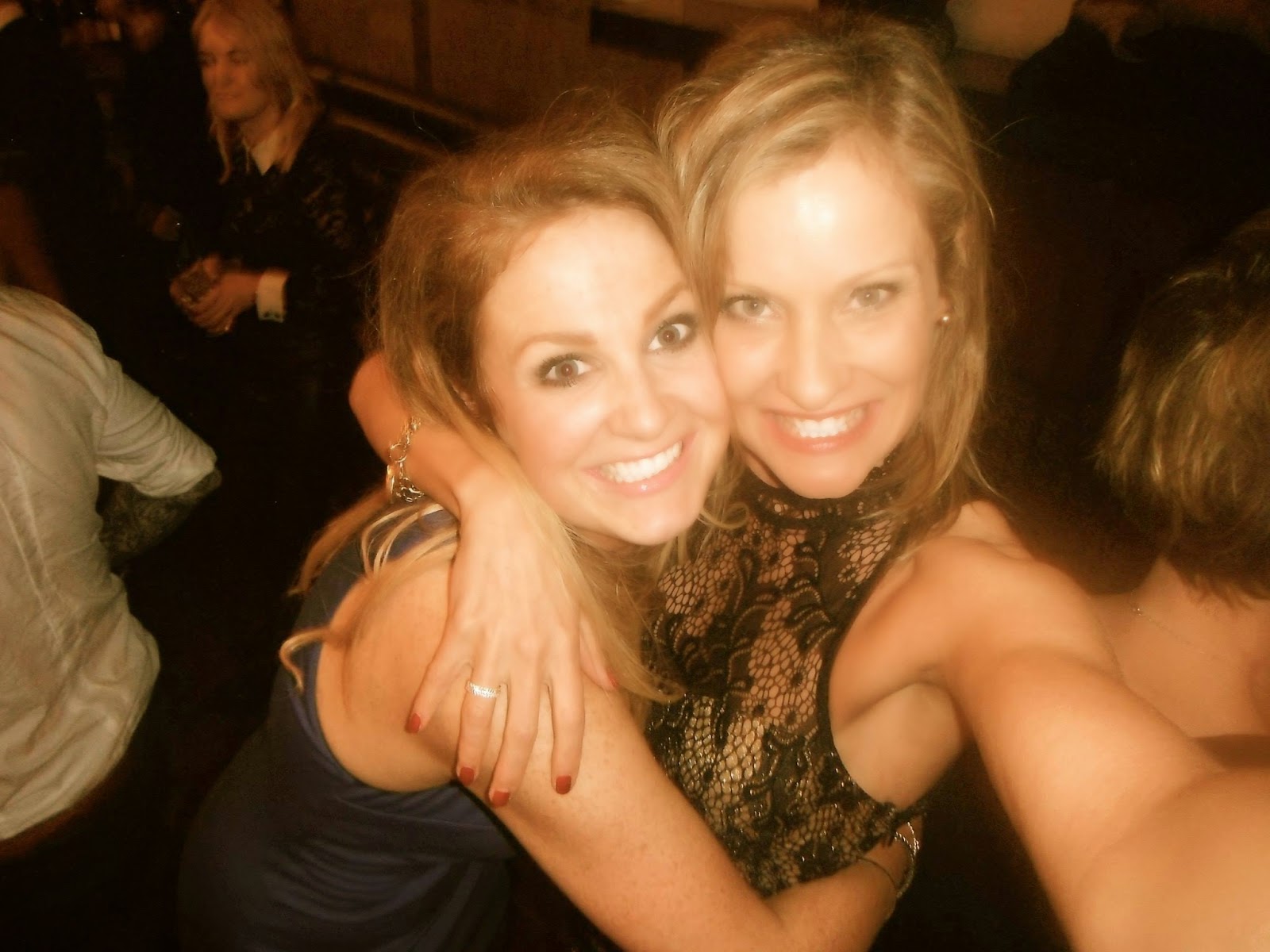 As a good friend advised another the other day "You can't polish a turd." To which the latter butt in "No, but you can roll it in glitter!"