So, we're up to Round 3 of hockey now and the antics have started along with the collection of bruises. Just as well hockey is a winter sport, cos my legs are consistently black and blue from April to Sept (Autumn/Winter in Australia)!!
Due to work being so busy and with training and hockey matches taking 3 of my days up, then I don't really have any time to let anything happen to me, so my blog is suffering! I don't even take the tram anymore, so the number of weirdos in my life is slowly decreasing! 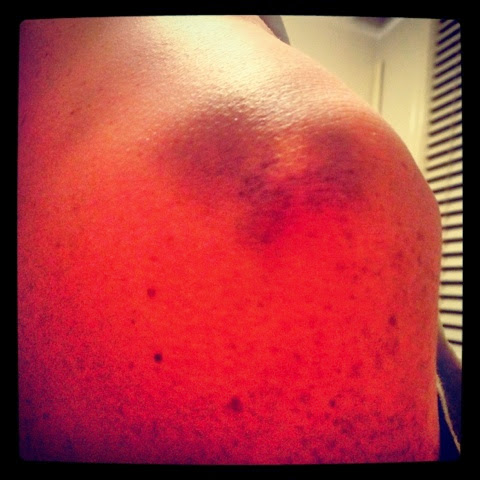 I celebrated my promotion in work with Rainman and Maire by having breakfast in Maire's house before our match last weekend. I consumed 2 pancakes, a bowl of strawberries and half a jar of Nutella before we headed over to the pitch to warm up. 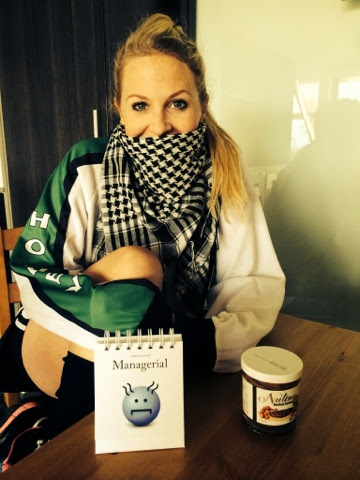 Needless to say I was regretting my choice in breakfast 45 mins later as I was running around the pitch. We were playing Footscray who we beat in the Grand Final last year - so they were out for our blood. Thankfully we won 2-1; which lessened the pain of the freezing cold and lashing rain. I was just beginning to warm up when I was asked to play another game. Putting the soggy, cold playing top back on outside when it was pelting rain into the side of my face was less than encouraging, but a stroke of genius of putting my rain jacket on underneath my playing top (need to keep up with the "Butch" image and nickname) only lasted about 5 minutes into the game, when I soon found myself sweating so much I thought it was still raining when it wasn't! (Slight exaggeration here, but you get what I mean!)
Lots of fun playing that game and getting to try things out that I normally wouldn't.

Met up with Alex to celebrate his becoming an Aussie Citizen in Banff on Fitzroy St. Love how he chooses the smallest location around & then invites 20 of his mates to come celebrate! The rearranging of tables & getting others to move to accommodate us was like Musical Chairs! I'm sure, despite the amount of revenue we generated by having our numbers there, we probably ruined the chances of any of the other customers ever coming back!! 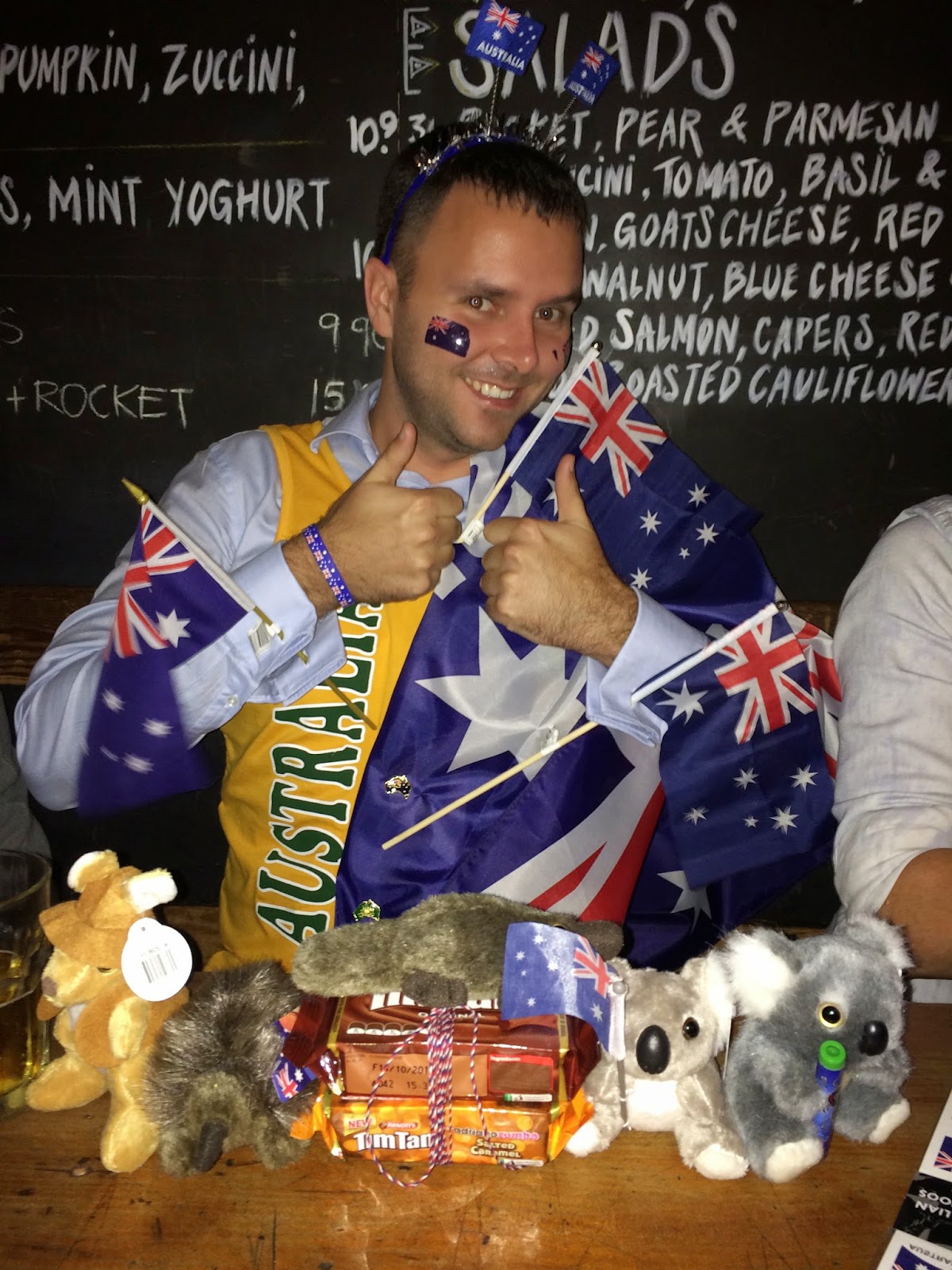 It's funny what you learn by being in other countries. I learnt that Dance music in a car here is called "Duff-Duff" music (cos of the noise it makes) and I realised that when Jack in worked said "Boo Bop" music, he meant Hip Hop. I learnt that Aussies are actually quite racist despite the number of different cultures and ethnicities over here; the largest Greek population outside of Athens is found in Melbourne! I learnt that any word can be abbreviated and then shortened again in Australia - "Avo" for avocado, "micro" for mircowave, "btw" for by the way, "tbh" for to be honest and "cbh" for couldn't be f...I'll leave that for you to finish. Aussies are quite lazy but have a good work-life balance (with the emphasis on the "life" rather than the "work" part) and more than 80% of Aussies live within 100km of the coast (which; you could probably say for Ireland too cos of the size of it!!). I learnt there's no such thing as "Drop-Bears" (and I think JD knows this now after Rainman, Maire and Tilly traumatised her over it; saying the 2 possums in the tree were "Drop-Bears"; just before one of them fell out of the tree as if to back-up their story!) or Bunyips, but there are plenty of other creatures that you can get nowhere else... how fortunate for the rest of you. Australia is very male-orientated and women don't get the same opportunities as men; even more so than at home, and being on a visa holds you even further back. I learnt that it's a lot harder to make friends with Aussies and they come across as though they don't need you and have enough friends. Asking an ex-Pat what their name is pretty much guarantees you an invite to their wedding, but Aussies take a lot longer to crack :) Aussies in the city are fun loving, drink & good-food loving, sporty, fit and spend a lot of time and money looking after themselves. Step outside the cities and it's like a completely different world; where obesity is rampant & many don't even wear shoes.
Melbourne is amazing; it has everything to offer and the rest. I have learnt to look outside the box, try different things, appreciate the opportunity and experience granted to me and to try and live as much as possible (even though money tends to restrict me on much of this!!) I learned that Australia is the 6th largest country in the world where vegetation actually covers 91% of it and getting a Permanent Residency visa here seems much easier if you board a boat and just land ashore. Apparently the first European settlers in Oz drank more alcohol per person than any other community in the history of mankind. I'm guessing this might be linked to the thousands of Irish convicts shipped over?? A previous Prime Minister of the country (Bob Hawke) was in the Guinness Book of Records for skulling 2.5 pints of beer in 11 seconds. Obviously a relation of the first settlers then...?! 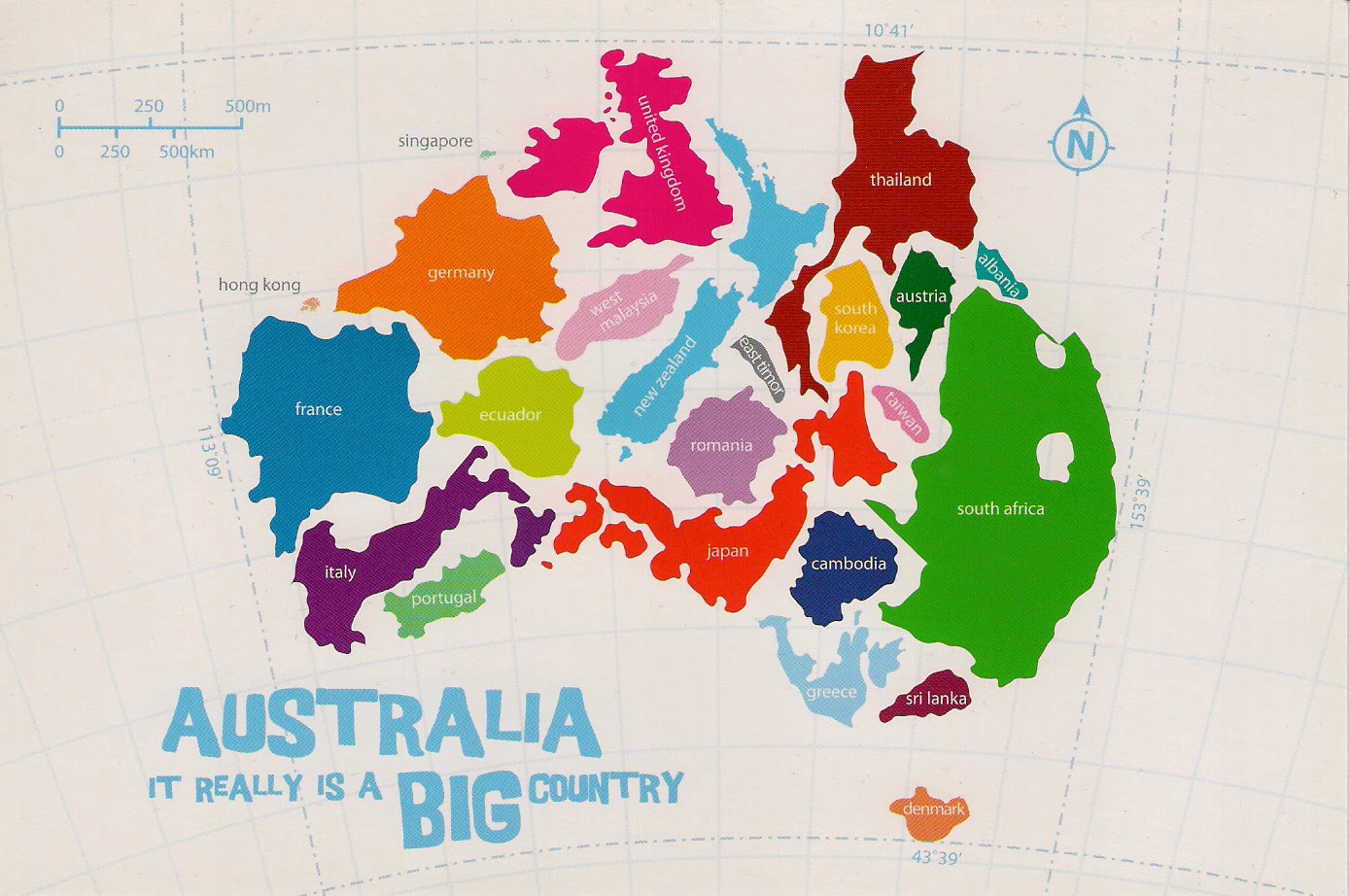 So, as I go to bed at 5pm as I'm dying sick; there was an impromptu inspection on our apartment. Not that I was worried, cos I was grand and my room was clean, although I was in my PJs and let's just say I wasn't looking my most radiant. Asking if they could come into my room I said "of course"; only remembering the bed clothes when I had let them in. The look on the old lady's face was one of inquisition as the words on the pillows were processed in her head; quickly turning to shock as she stood with her mouth open and staring at me. I just smiled and shrugged my shoulders and got half-way through asking if there was anything else she wanted to see before she turned and ran out the door! At least I made a lasting impression?! 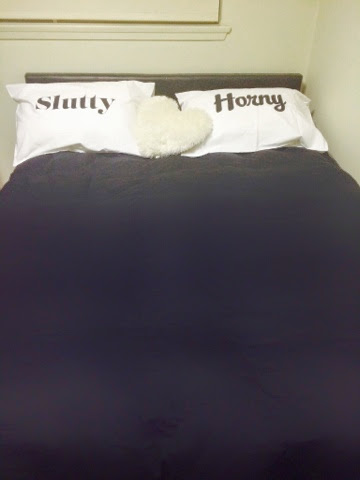 Something that made me laugh from hockey was when we were playing against Greensborough and were all very serious as we were only drawing 1-1 at this stage in the game. We have a lot of more experienced and very good players on our team and so everyone was trying to step up, bring their game face and impress. We were taking a "Short" (Penalty corner), when the "Pusher" Vicki gets us to gather round. Now Vicki is one of these players; experienced, serious on the pitch, a very good player and someone you want to get good feedback from. Sasha, Dash, Vicki, Rainman, Kenny, Jacquie and I all huddled together while she gave us the low-down on the Plan of Action. "So, it's going to Sasha. If there's not enough time to take a shot, pass it back to Eddie". We all listened intently and nodded, taking in the instructions while Vicki, Sasha, Kenny and Dash took their positions. Rainman, Jacquie and I were left staring blankly at each other before Rainman broke the silence by voicing out loud what the three of us were thinking, just as Vicki took the corner; "Who the f*ck is Eddie?!"

Sasha could barely contain herself as she had to explain to us dumb-asses that "Eddie" was code for "Vicki"; all as the opposition looked on in amusement.
Well I said we were a fun hockey team, not a smart one!! 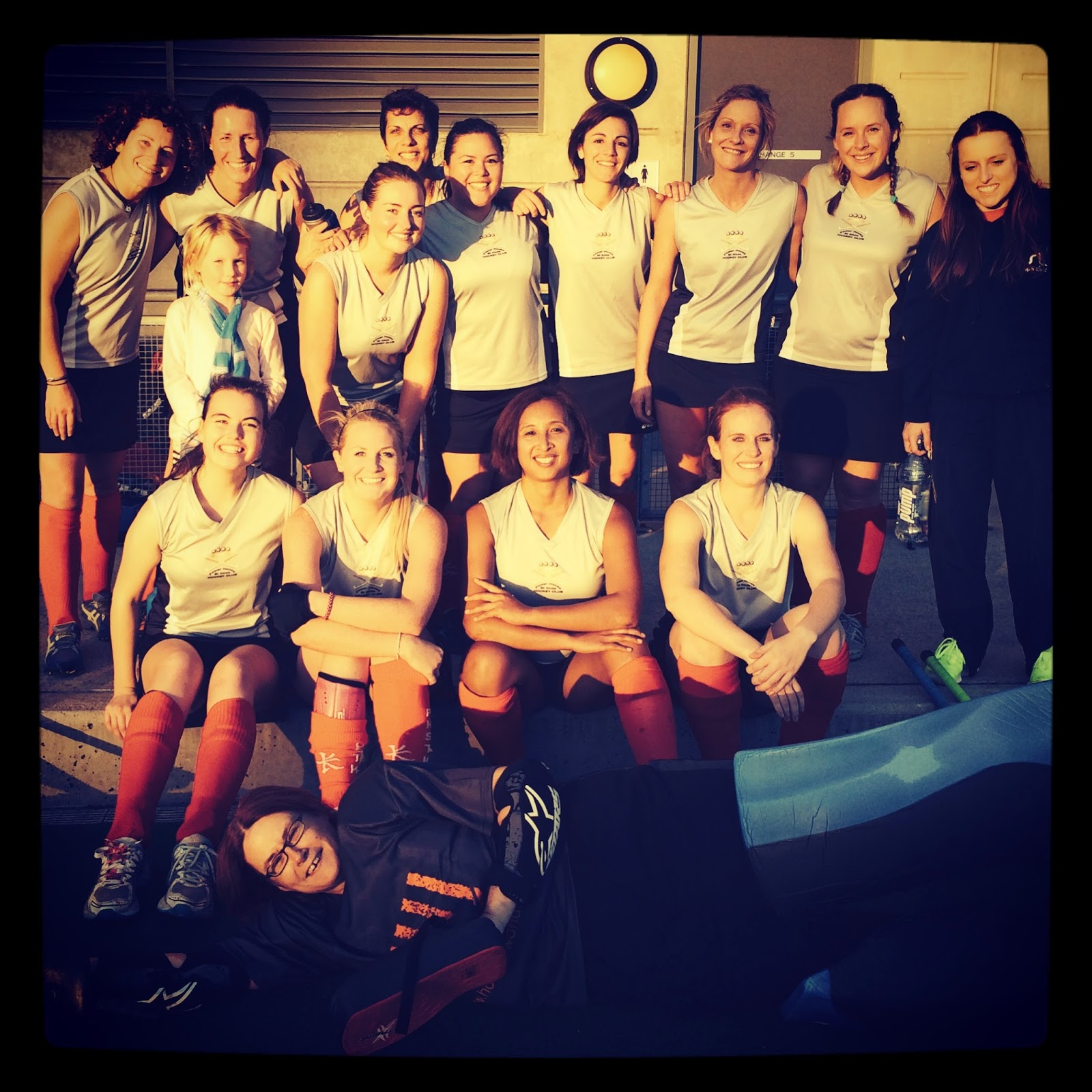