Another week, but this one was extra-uneventful since I was sick for the whole of it. I got some sort of flu/virus and spent the whole week washed out and feeling like I was going to faint. Off work on Tuesday where I spent the whole day in bed watching "Game of Thrones" Season Two. Or "Game of TRONES" as some of my non-Irish friends like to make fun of me over. I say it with a "h"...it's just silent to non-Irish people's ears.
Anyway, how great is that box-set? Love that sort of stuff - and I'm hating certain characters in it like Jeoffrey and his Mother. I think it's great how some actors can actually make you hate them; even though you know that it's a made up show! I mean, I actually spent time out of my own life thinking about how horrible and mean they were and how much I hated them?!

Work drinks Friday night to Katuk, where I could only manage one vodka before I could feel the pseudoephedrine warning me not to have any more. Went to the cinema after to see Godzilla, where I crapped myself at 99% of it. Man I'm such a scaredy-cat! Good film though! Next up is X-Men next week (SUPER-excited for this!) followed by Guardians of the Galaxy and Transformers. I'm such a Sci-Fi nerd! Plus, nobody realises how annoying 3D film glasses are when you already wear glasses. Not to mention how extra-dumb you must look wearing two pairs of glasses just to be able to watch the film :) Just as well that it's dark in there! 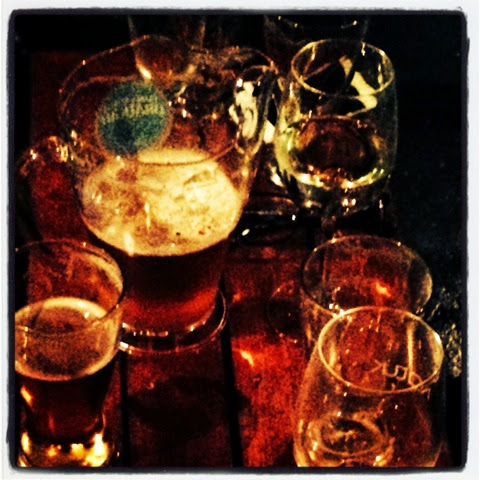 My budgeting, saving and generally having no life is starting to pay-off in the financial sense. I may have nothing to blog about, no longer know what it's like to drink or get dressed up to go out, but my debts are starting to get a bit more under control. I think I've personally written this year off when it comes to "living" really anyway in an effort to get my head and bank account straight; so trying to continue to stick to the plan...apart from my "Birthday-Week" OBVIOUSLY. And yes, I'm 31 and I have a "Birthday-Week". 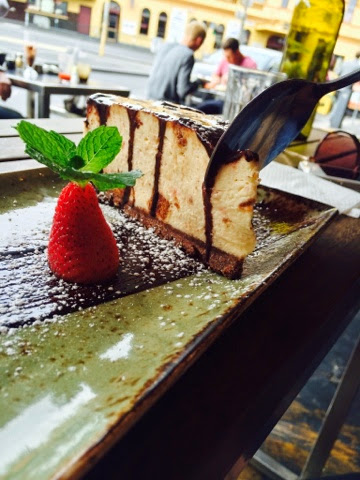 Brekkie on Sunday is with Lara at La Roche on Acland St (yes, that is a Tim Tam Cheescake for "Brekkie"), where we get front row seats to an average day in St. Kilda. Homeless drunk man decides that he likes the look of some randomer's parked up motorbike and wants to have a go. He drags himself up onto it and "brum brums" along to the scene of "Easy Rider" he's obviously playing in his head while the passers-by look on in amazement. He twists the throttle, pushes all the buttons, moves the handlebars and then tries to take it off the stand, but is too weak. He then has enough and decides to dismount. He promptly falls off the motorbike, rolls along the pavement and immediately after gets sick beside his sleeping bag. All the while smiling.

Soon after the third or fourth time that he sits on the bike, the owner comes back and warns him to get off. Shortly after that a random dog-walker gets involved and pulls him from getting run over on the road by a tram and puts him on his sleeping bag and calls the police to come and pick him up. Two female police arrive and stand over him as he gets sick by their feet. The ambulance arrives but since he refuses to get on the gurney he is promptly arrested and shoved in the back of the police car/van. That's the end of the fun for us. Front row seats on Acland Street. All we were missing was the popcorn. 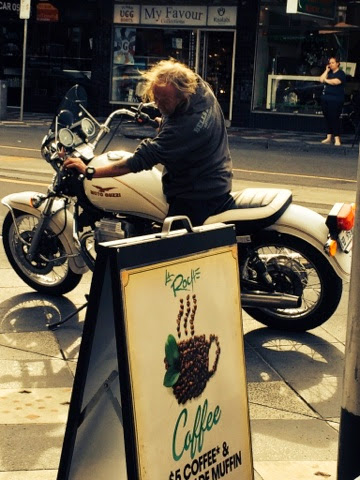 So, hockey game day comes and I'm still feeling too weak to play; but I go kitted up in case they need me, but am glad to be left to support this time. I watch my team play MCC at MCC and win 3-2. Four of us watch the game on a beautiful Autumn day. Lynnie returns to the team and scores and Chaz and Liz do too; Liz from a stroke. Great game, although I hate watching as I stress out too much!
After another great win I ask our coach Oke to take a photo of those of us who were waiting on the steps having a drink. The last time he tried to take a photo, he had to have a 6-year-old show him how to use an iPhone camera. This time he tells us he's learned and he's not stupid and what do we think he is. That sentence is closely followed by "Oh look, I can take a "Facies"". The explanation of the fact that it was called a "Selfie" and not a "Face-y" came after the laughter stopped! 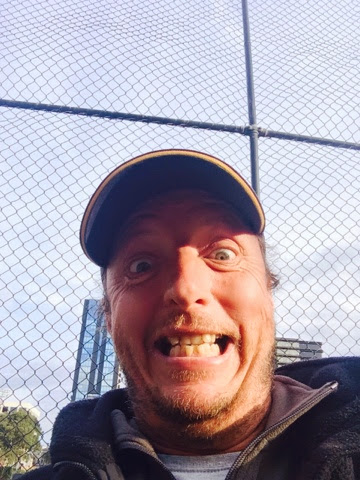 Next game started, which looked like Werribee against some other team. Half-way through the umpire told us to keep it down; which left us all stunned to silence. Well; for about 20 seconds before we started shouting "We love you umpire" and other things. He turned and lifted his shirt and wiggled his a*s at us! Lara and I wolf-whistled as the rest cheered and screamed and we all laughed our heads off. Not exactly standard umpire behaviour and a funny way to end the evening. 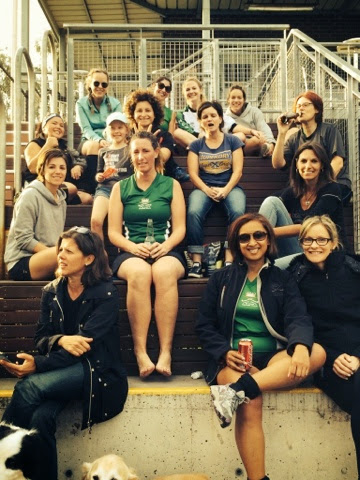 No sooner had it happened when the girls turn to me and say "blog". It amazes me to think that people even know that I write a blog! When I get the odd comment from someone I don't really speak to all the time about how they read my blog, it feels funny to think that they know about my life and what I've been up to. It feels good to see that people are interested, or bored enough to read what I blab on about and yet I forget that when I'm writing this, it's going out to the world. So here's a shout out to Alan D, to Fiona L, Sarah O'D and Catherine G - all of whom I haven't spoken to in a while but who i know are reading this. To think that you're spending some of your precious free time reading about "Facies" and "Umpire's asses"...I don't know which one of us is worse?!