So free Friday night work drinks was quickly followed by the whole "I'm never drinking again" thing. We went to Rah-Bar for a colleague's leaving do, where we laughed at the fact that the drummer looked like Jack (who himself wasn't impressed with the comparison) and cried when it came to the saying goodbye part (ok, that was only me) and where Serena was well impressed at my ability to whistle a taxi (very ladylike of me as usual). One of my many talents.

The next morning I woke at 7:30am and set about washing the clothes, cleaning my room, responding to hockey emails etc. Ruthie came round to get her nails done and I was changed and ready for the gym. Come 11am the "I'm grand" feeling went rapidly downhill and by the time it was time to go to JD's house for brunch, I was a shivering wreck in Ruthie's car; trying not to speak in case I was sick! Cue Ciara's arrival to JD's new pad in flip-flops, shorts and a training top; when it's cold outside (too hungover to remember runners and a jumper), and is left in the foetal position on the floor of her sitting room cos she has no sofa yet! I didn't even acknowledge the new apartment or how nice it was - just asked for the directions to the bathroom; where I quickly ran to when she offered me brunch! Man I'm sure my parents are so proud of their grown-up girl when they read this!

Gathering myself together, I manage to sit on the barstool and have a beautiful brunch with JD and Tilly; pancakes with Nutella and strawberries and washed down with fresh OJ. After another few hours of trying to psyche myself up enough to get off the floor and enter the public, I borrowed her MINUTE-sized jumper and headed off looking like a hobo to bunk two trams home, cos I forgot my MiKi . 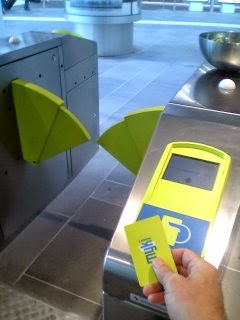 Speaking of which - how ANNOYING of a system is this MiKi??? To those unfamiliar with the idea of MiKi, it's a public transport pass for Melbourne where you use it as a pay-as-you-go system so there are no tickets. Yes, it sounds like a great idea; except you need to buy the cards and top up at random shops and stations, none are available on board the tram or train as you would expect, and should you get onto the tram or train without one, without having credit on one or without having "tapped on" you get hit with a massive fine of up to $210! Lots of unsuspecting tourists get caught - although just as many fake-tourists living in Melbourne and fare evading since the dawn of time get caught too! Not to mention it's about $4 per trip, even if you're only going down the road.

In my case, I was fairly confident that nobody on earth would want to approach the girl who looked like that "Hey you guys" dude from "The Goonies" in the belly-top hoody and smelling like something a gremlin had thrown up. I was going to take my chances anyway. No more drinking til my birthday; I'm getting too old for this crap... 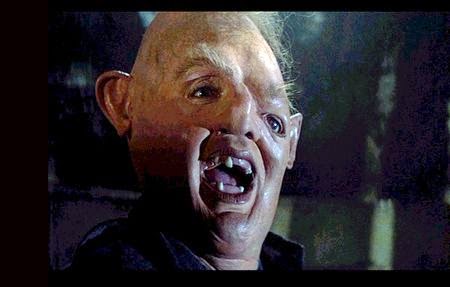 It took til about Tuesday for the total effects of the hangover to leave my system. In the midst of "The Fear" I bought tickets home to Ireland for the month of December. All more or less planned anyway, but the $1800 still hurt. Well it hurt the credit card, considering I only deal with fake money and never seem to have any of my own...
So I'm home from Dec 2nd to Jan 3rd and I can't wait!!! A whole month won't even be enough time to catch up with everyone for the 3 years that I'll have been away. I already have people booking in slots to see me and I am feeling panicked that I won't get to see everyone enough. Now I just have to work on the "Australia suits you" look... 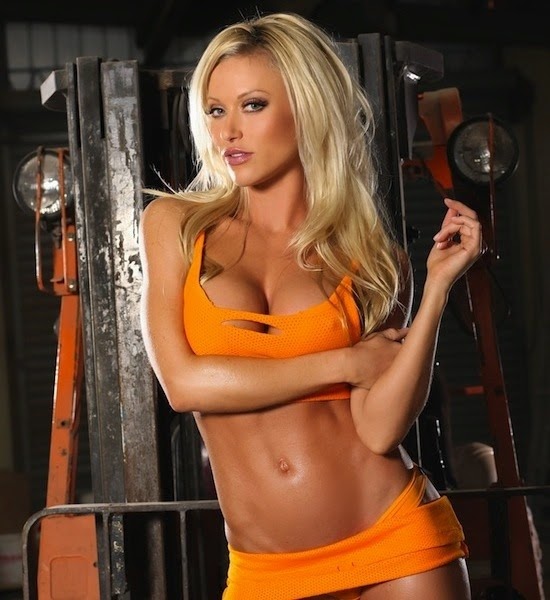 Shouldn't take too much...

Later in the week Maire had a few of us over for a BBQ. After almost dying from lack of fitness at Hockey training, I ate my weight in home-made cookies and ice-cream that Rainman brought over to Maire's (cos I clearly felt that it was justified after running around for a bit). Everyone else was dressed up accordingly, but I was - once again - the homeless-looking, smelly, sweaty one stuffing her face. Cue a beautiful, tanned, blonde Swedish girl who swans in the door and smiles sweetly to everyone in the room. I smile back, dropping bits of chocolate brownie from mouth onto the floor. 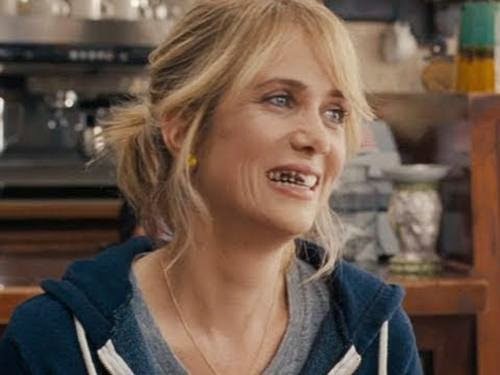 Walking over to Gabby and Rainman for backup, said-model approaches us to introduce herself (she's nice too). "Hi, my name is Tu-veh" in the lovely sing-song accent that Swedish sounds like. Rainbows were pretty much coming out of her mouth as she spoke. Rainman couldn't quite get how to pronounce the name and after about 5 repetitions, she asks her to spell it. "T-O-V-E" the Swedish Goddess says. "Oh" Rainman shouts, "Tove" (rhymes with stove). Talk about killing the beauty of a name in a single second. Poor Tove didn't find it as funny as the three of us imbeciles did.

Speaking of eejits...only kidding: My little brother take the whole "talented" thing to a new level. Not only is he extremely smart, funny and intelligent (PhD), but he is amazingly athletic too. Not content with cycling the breadth of Ireland and back in a weekend for charity (110,000 Euro raised for Prader Willi Syndrome) with the Galway Cycle (https://www.youtube.com/watch?v=vheHsaIVGpw&feature=youtu.be), he enters a Triathalon straight after... and wins.
Talk about raising the bar when it comes to making your parents proud! Here's me being happy that I went to hockey training or completed a 5km jog without losing a lung or managed to get through a night out without a hangover!! I guess it's the little things, but I'm beginning to think I'm adopted.

Ciara's next goal - get through a hockey match without feeling like she's going to die of exhaustion.

Kev's? An Ironman. Of course. 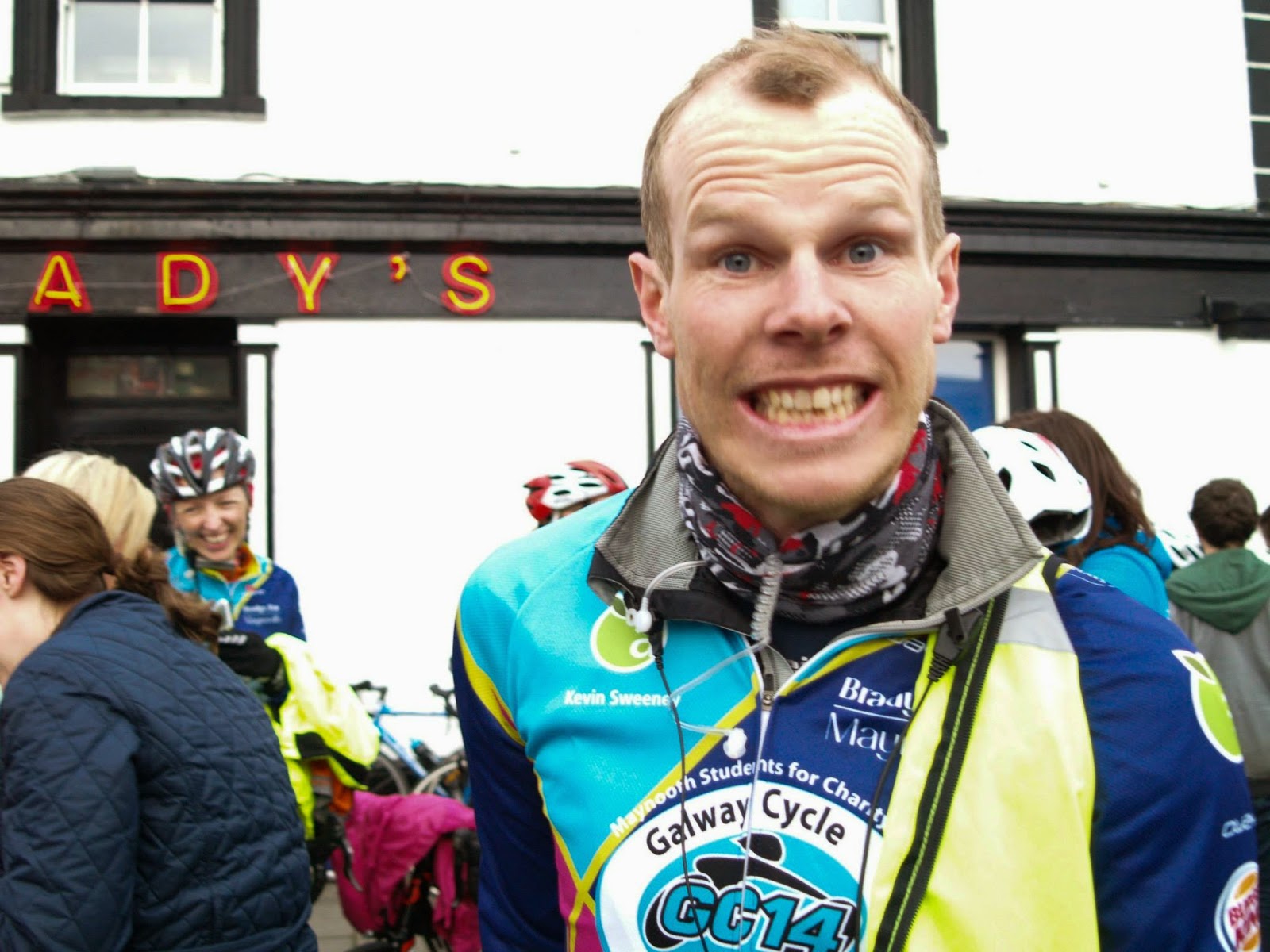 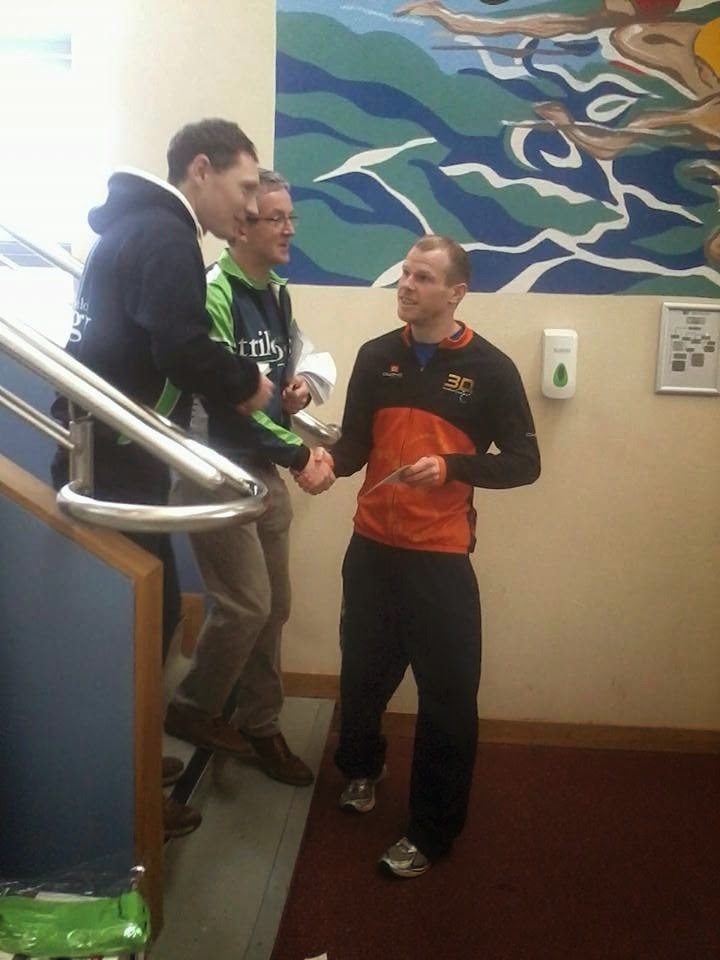 Go on Kev - I don't think there's a prouder big, lazy, average sister out there! :) X