So Christmas came and Christmas went. As expected, it most definitely had none of the usual Christmas feel about it; but how could it? Christmas is what you make it, and we didn't make it anything. But this was on purpose, and almost out of self-defence; to protect against depression, loneliness and the reality of being on the opposite side of the world from friends and family.

Christmas Eve after work we went to visit Ruthie and Steve and then after a couple of drinks went onto Rainman's house to decorate Gingerbread Houses - an alien concept to me, but one that I most definitely will be incorporating it into my Christmases from now on! What fun!!! Pity I didn't get to eat it afterwards! 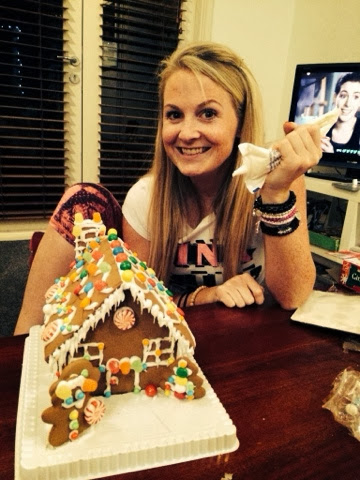 I treated Christmas Day as just a day off work; gym in the morning followed by brekkie and opening of presents - where I had been spoiled by those at home. How grateful I feel for the people I have around me and in my life!

The thoughtfulness of those who sent me cards and gifts, those who texted, called or Skyped! To think that so many people were thinking of me at Christmas made me feel so loved and yes; made me cry as I sat on the sofa reading one particular card from Leno. Heart-wrenching doesn't even describe it! Also seeing how much chocolate I had received made me almost go straight back down to the gym to try limit the amount of damage that was clearly going to be done; especially after tasting Rainman's Christmas Cookies!! 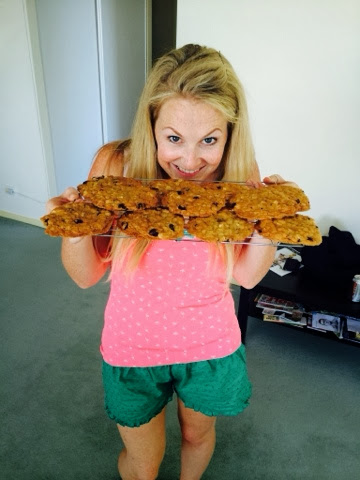 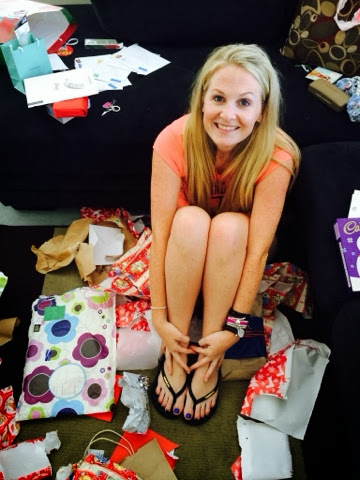 The sun didn't come out til 5pm Christmas Day, so we went down to Albert Park to lie out for a couple of hours before coming back in for a marathon 6 hour Skyping session home to those who were around. At 1am I went to bed; glad the emotionally draining day was over and already looking forward to being home for the next one! 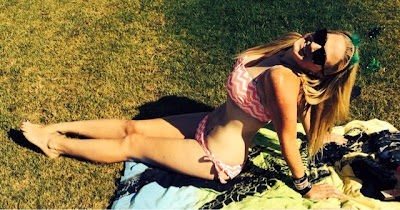 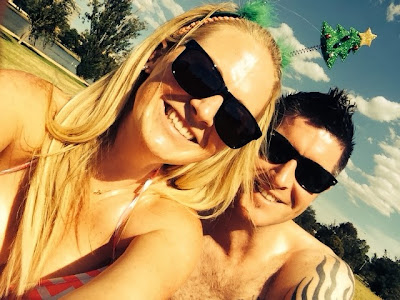 St.Stephen's Day (Boxing Day to Commonwealth peeps) came and Paul was itching to go out to Mornington. After another quick trip to the gym we headed off to apparently have a picnic and sit on the beach. Why he was bringing his fishing rod was beyond me...til we arrived in Mornington and I could see the "Rent a boat" sign on the beach. Previous boat trips with Paul have always ended badly, but I decided to give him another chance and we headed off away from shore at a nice leisurely and calm pace. I was to lie out on the front of the boat and he was going to fish. So I got the flabby, pasty bikini body out and lay on the front of the boat, but with my head below the boat edge; so I couldn't see the sea and so hopefully it wouldn't make me seasick. After about 10 mins the sea got more choppy and Paul decided to try and drive to calmer waters. As he steered the boat into each wave, I got more and more soaked as the water broke over the boat, but he assured me it would be OK in a few minutes. Presuming he was steering closer to the shore and harbour, I didn't bother getting up. About 15 minutes later he stopped the boat and we stayed where we were for a while. Then, he pipes up "We gotta go. That was a voicemail from the lifeguard telling us to come back cos were 4.5 miles out to sea". I sat up. "We're WHAT?!" I look around and I can see nothing apart from land in the distance. I thought I was going to freak out but I calmly told him to take me back in. And that's where the fun started. 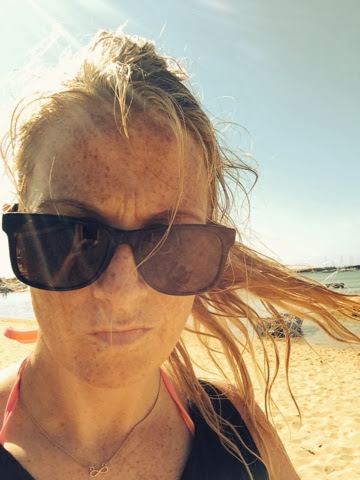 The sea was now so rough that the boat was crashing into each wave. I was clinging for my life onto the boat and completely soaked in the process. The water was freezing and I had a blanket wrapped round me, which was now equally as wet as the sea. I almost fell out of the boat twice with the rocking and then we see the lifeguard coming out on his boat to RESCUE US!! He pulls in front of us and escorts us back into shore. I didn't know if I was more mortified at having to be escorted to shore by a yellow & red man, more angry at Paul for being so stupid and driving so far away, more terrified at dying at sea or more annoyed that I'd now definitely have to have a shower and wash my hair before going out tonight! Rough was a nice way of putting how I looked as I got to shore. We were collected by a young boy who innocently asked "how was it?", and was shocked at my "NEVER AGAIN!" reply - which was most definitely directed at Paul. Strike three for the boating experiences; stick to the shore Captain.