There is always Plan B...

Well, a week before Christmas and you wouldn't even know it in Melbourne! No Christmas music in the streets, no carollers, no decorated houses and gardens, no trees illuminating the rooms of apartments that shine out onto the streets. Nothing apart from the odd Santa hat on an ex-pat whois returning from the "12 Pubs of Christmas" or have perhaps strayed from the group. I feel sorry for the average Aussie who doesn't know what a real Christmas is. How can you love Christmas when it's not Christmas? How sad is it that they don't know what it's like to wake up to snow, to have to wrap up and hold onto each other on the way to mass in case someone might slip! How unfortunate that they don't get to snuggle around the fire after a HUGE Christmas dinner, watching "Home Alone", "Love Actually" or some other Christmas film and giving out your presents to each other? I LOVE Christmas - and I am so depressed thinking that it's next week and I'm in a place where I can't appreciate it for what I know it as; a time for family and friends, catching up with everyone who comes home from all parts of the world, when Santa comes to the kids and where everyone seems to be in better spirits. Roll on next year... 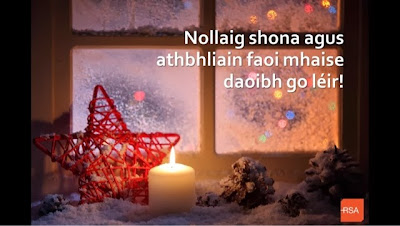 I decided to test out the back and returned to cycling to and from work. It meant that it saves me my train fare ($8/day) and also allows me to go to Pilates on the way to work at 7:15am. Apart from some mad half-naked old man randomly screaming at me for locking my bike to the gate outside Kaya, it all went without a hitch :)

Met with Ruthie on Monday for lunch and we sat out on the green at work for the hour. Gave her the girl's birthday present to her and chatted. I love that girl! Her suspicions of perhaps being taken away for the weekend by her boyfriend Steve could have ended badly; but he lived up to it and she's now in Summerbay enjoying some time away from it all! Hope you're having fun lady!! She brought me over a Rocky Road cup-cake for no reason at all apart from her being such a sweetie (which was clearly inhaled), but I was "assured" that it was fat free so no guilt there! :) 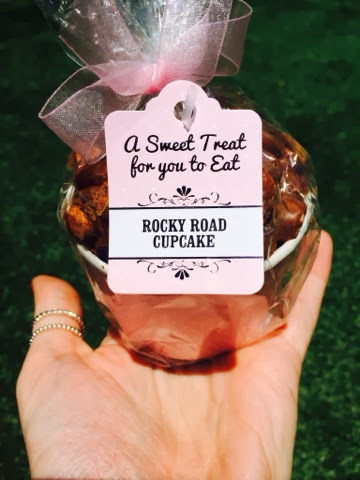 Melbourne summer showed it's head and then hid again behind the clouds, with a 40 degree Celcius (104 F) day mid-week, followed by rain and an 11 degree day a couple of days later. Talk about making it difficult to know what to wear on a daily basis?! Paul got to finish up early for his Christmas holidays as they aren't allowed to work once it gets above 35 degrees. 11:45am and 35 degrees lead to a cheer from the 100 employees and they all got to go home! Well for some!

Plasma donation time came round again and I went solo this time due to my mate being busy (and by "busy" I think it meant he was too scared and traumatised after his last episode), so I arrived at the Southbank Donor Clinic and was greeted by the smiley receptionist who instantly recognised my name and spent about 40 seconds with her mouth open trying to remember how to pronounce it. Clearly my reaction to her "Sierra" version of my name the last time had made an impact! She then remembered how I had said "It's like Kiera Knightley except spelt correctly" and said "Ciara" :) Delighted with herself she checked me in and then passed the chart to the nurse saying "Sierra is next" about five minutes later. Aw well, it was good while it lasted.
Lincoln recognised me from the last time and took me in to ask all the same questions and sign the document. When it came to my blood pressure, the minimum level to allow a person to donate is 90/60, I was 92/61...I like to live on the edge obviously. They just about allowed me to donate and so upped my plasma donation amount and left me to it. I didn't feel the May-West after the donation and passed on the food. Paul decided to take my share and had two sausage rolls, some popcorn, milkshakes, biscuits, cheese and sweets. He brought me home weak, feeling sick and with a massive headache and I went straight to bed. 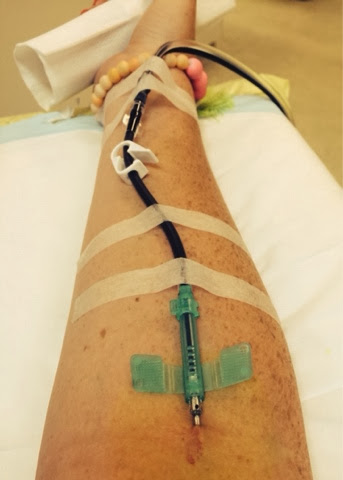 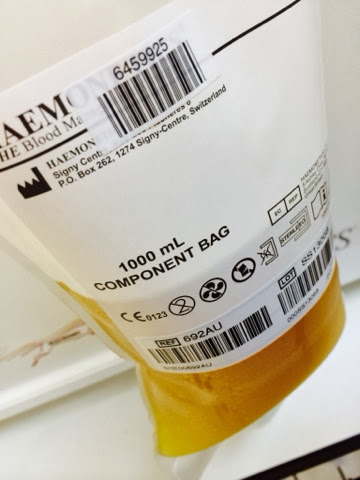 I offered to do nails in work for any of the girls that were interested (https://www.facebook.com/Irish.Nails.Melbourne) and spent two days of lunchtimes and after work doing some hands and toes! The excitement of the girls was contagious when they saw their nails changed colour with temperature and they were already talking about what colour they were going to get next! On a separate note, quote of the week was from Serena who, in a discussion with Jack, said out loud "Am I going to have to come over and take my meat out of your box?!" It was all, obviously, in context; but the ensuing "There is a God!" or "That's what he said" comments afterwards made it incredibly awkward for Serena, but hilarious for everyone else!! 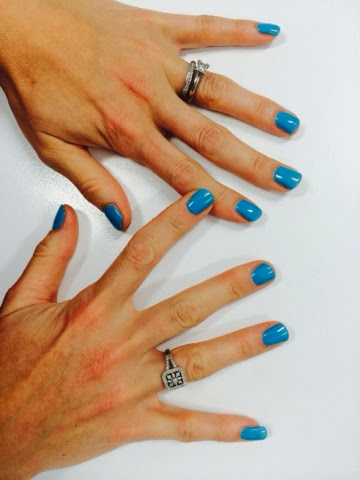 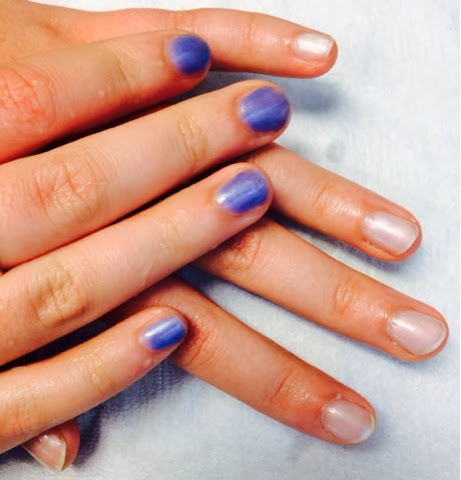 Chapel Street.
There's no place like it. Anything and everything happens on Chapel Street. I have seen the weirdest stuff on this street, but I seem to be the only one concerned, or who even notices! I have been felt up by a man on a tram, who then promptly got physically thrown off by the driver who came to my aid when I shouted at him. And this man happened to be wearing a dress and holding a handbag at the time.
I have seen a man going for a jog down Chapel Street wearing nothing but a pair of sunnies and an incredibly small pair of multicoloured speedos and separately Paul told me about an old man in a full suit, finishing off the look with a brand new pair of blue football boots; studs and all...
Today's episode was two homeless men fighting on the pavement over a blanket. One with a nappy and an open backless hospital gown on and the other with a live parrot on his shoulder. As you do...
Clearly normal behaviour and I was the weirdo for staring; as everyone went about their normal business; one person even stepping over the parrot which had started attacking the man with the nappy after he fell on the ground. "WTF" was written all over my face but nobody else seemed to even notice the scene that you wouldn't even believe if you saw it on TV. You gotta love it. 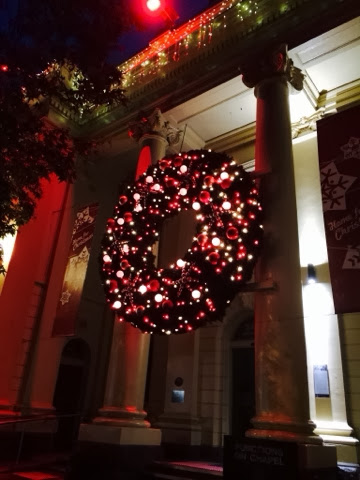 Went to see "Anchor Man II" in the cinema and also "American Hustle". I'm not a fan of Will Ferrell, but I have to admit it's a funny film. A serious case of "what the hell is going on?!" at times, but the randomness makes it. "American Hustle" is a very good film. A lot going on for this blondie to fully understand at the time, but great how it all comes together in the end. And don't get me started on the popcorn :) Addicted.

A shopping trip in Southwharf DFO was fruitful and I came home with some new runners to replace the ones I had used in Tough Mudder and the Colour Run; leaving them in less-than-perfect condition to say the least. Unfortunately we also came home with one bag less which was left behind in a shop. After about ten phone calls we figured out what shop it was (Rip Curl) and they thankfully had the bag behind the counter for collection the next day. There are obviously still some honest people around :)

This week's big event was when I was waiting on a friend to collect me, sitting outside my apartment building, wearing skinny jeans, a black top & high-tops and holding a large Kaya Pilates bag while listening to music. Cue man in his early 30s in a Ute beeping at me, then pulling up beside me and asking if I wanted a lift. I politely declined saying "no thanks", when he "kindly" offered his assistance in another area by using a hand signal that I'm not going to describe; but suffice to say it left me with my mouth open and about to kick the door of his car before he drove off laughing. Shocked, I apparently shouldn't be; according to a friend who said "well you were waiting at the side of the road at 8pm at night in St. Kilda". Thanks for the compliment...
I shouldn't be surprised though - this is now the third time that this has happened me.
I will never forget my sheltered American friend Jen and I were living in France at the time and heading another friend, John's, birthday party. We were both in jeans and hoodies, holding plastic bags full of crisps and wine, when we were approached by a man asking us, in French, how much we charged! I was left with my mouth open and nothing to say (it's rare but it does happen from time to time!), while Jen kept asking me what he was saying and thought he was asking what time it was! When I finally snapped out of it and mustered the speech to say "NON!", he genuinely seemed confused that we weren't in fact prostitutes and even double-checked with us! What sort of hookers come equipped with snacks and drinks for afters?!
Then again last year I was waiting for a friend to come and collect me for horse riding in Daylesford. I was waiting at the cross of Chapel Street (again, all the action happens here!) and Inkerman in leggings and a hoody and with a backpack on my back at 7:30am on a Saturday. As I didn't know what my friend's boyfriend's car was, I was just waiting for them to see me. A car at the lights flashed me and I walked over to the edge of the road to get in when they pulled up, and I noticed there was only one person in the car and they weren't female. The passenger window goes down and I'm face to face with a regular "dad" in his 40's, in his family car, asking me how much and offering me to get in. All I could manage was to turn around and walk away, to then turn back and see him shrug his shoulders and drive off!
WHAT IS WRONG WITH THESE MEN?!! How do they have the guts to ask someone that question? Wouldn't you have to be pretty sure the person was a prostitute before stopping to ask how much they charged or saying what you would like to do?! How are they not embarrassed when they see that I'm not actually a hooker?! And they don't even look like the "type" that you would think would even be interested in paying someone for sex. Maybe I need to rethink my wardrobe cos I'm clearly giving off the destitute and ready look??

On the plus side, if things get difficult, at least I have a Plan B... 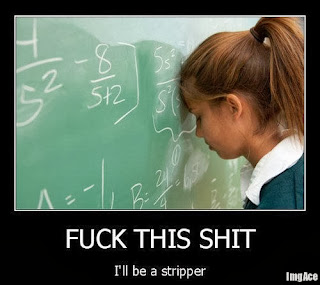