I went to a nail party on Monday night (#irishnailsmelbourne https://www.facebook.com/Nu.Nails) after work and did 6 girls nails (@bittaclara, +Caroline Kelly , @Ca_fitz, @Elaineharringt3, @lisha_om and Lara). Great laugh, with Lisha making cupcakes and cake for her boyfriend's birthday (from scratch, of course....*ahem*) and us eating them all, the fear on every male's face after entering the house and seeing the number of girls, Clara spending about 4 hours deciding what she wanted, Marion and Una calling over and Marion not recognising me in my nail gear and Fitz getting super excited at the sight of her nails changing colour with the heat of her hands.
And of course it couldn't have gone smoothly. No no no, my life doesn't roll like that! Typical was my getting a parking ticket 2 minutes before one of the girls went to move the car; $84 of which I haven't told Paul - since he doesn't read my blogs I should be OK. :) 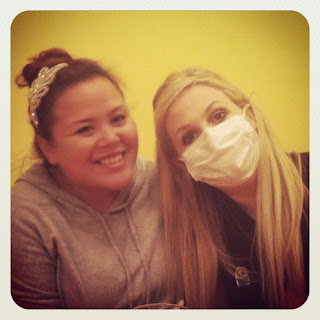 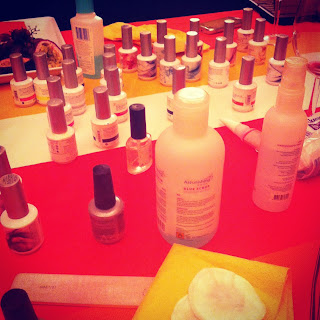 In work nobody noticed I got my hair done last week, so when I picked up my new prescription sunglasses and glasses, I thought that they'd DEFINITELY notice the difference now. Arriving into the office on the usual wet and cold "summer's" morning in Melbourne (again - whoever said it was hot in Australia had obviously never set foot in Melbourne), wearing my sunglasses when it was RAINING SIDEWAYS outside, I sat down at my desk. Nothing. So, I put on my other new glasses for the rest of the day and still got nothing.
Two days later one of my friends, Avril, Skypes me from England. I haven't seen her in about 2 and a half years and first thing she says to me is "new glasses?". Go girl. 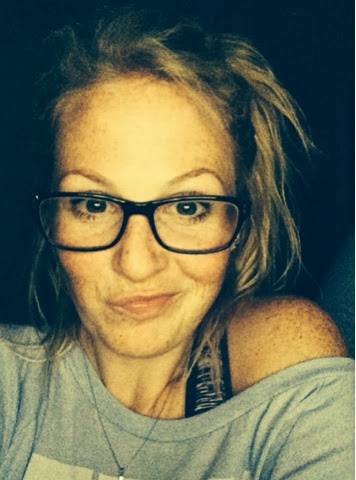 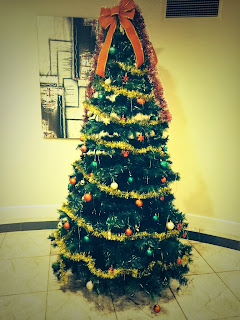 The apartment building that we're in had a Christmas BBQ, so we decided to go and say hi to the other people in our building. You know when you meet people or are introduced to someone and you've forgotten their names almost before they're even finished saying them?! I could see it was like that for Paul. So we met "your man with the beard" (David), "your one with the Scottish accent" (Morven), "the fella with the crushing handshake" (Michael) and finally "the oul' one who fancied me" (Rachel). The rain stayed away for the BBQ that Reddy, the building manager, had organised and we spent the hour stuffing our faces with burgers, sausages, venison and something else that could have easily been barking at some stage. And to think I was a vegetarian for 6 years?!
We had a good laugh with the Scottish couple (Morven and Michael) about the previous building manager Robbie. Poor Robbie had a raging drug habit and lived in the apartment beside ours. Not a night would go by without hearing Hard House tunes pumping from his apartment til 6am, fighting in the corridor, or smoke billowing out from under his door. And then there were the notes that he would randomly put up in the lift saying how much he loved everyone in the building, or how sorry he was after this and that. The best, however, was when he put up a sign telling people to clean up after their dogs or he'd personally put the dog sh*t through their letterboxes! I literally broke myself laughing when I read that one! They were a great pick-up in the morning; you never knew what the next note would say - all depending on how off his face he was of course! 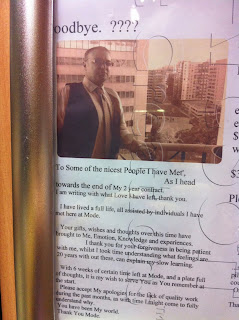 Signed up for Reformer Pilates six weeks ago and FINALLY got out of work on time to go this evening. I rocked up and waited outside the class in Kaya (http://kayahealthclubs.com.au/) alongside the MILFs, Yummy Mummys and general fat-free population of Melbourne. I reminded myself that I was here to help strengthen and fix my back and get back on track with my fitness; while ALMOST regretting that last chocolate-heaped Frozen Yoghurt...not quite, but almost.
Anyone who thinks Pilates is easy needs to take a class and then say it. My legs were shaking through many of the moves and my arms were tired and sore even just 5 mins after the class had ended! I'm glad I did it and would recommend it to anyone. Kaya have amazing facilities and have deals for $30/week for unlimited classes in Spin, Yoga, Pilates etc; which is amazing for Melbourne Pilates prices. Friendly and helpful staff and iPhone connections on the treadmills for Facebook, your music, apps etc...And I KNOW you're not meant to be on your phone when you're at the gym, (a pet hate for someone I know) but that was a definite tick for me :) Thanks for the recommendation Una, I'll be a regular Pilates-peep in no time; albeit remaining a Froyo-fan at the same time :) 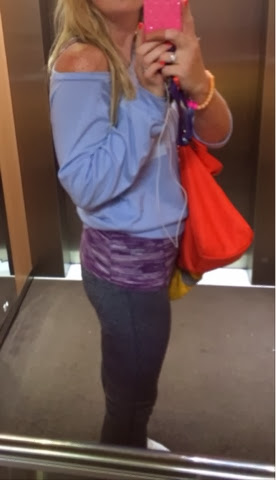 So, 25 posts into my blog and I'm getting very positive feedback from friends and family. I was feeling very proud of myself when I saw that I had 2,454 views from across the world! I still don't know what I'm doing, so who the hell would want to read what I was rambling on about?! And then; just like that, the blog answered me.
Nobody.
Except for Kev.

Just after the "2,454 views" I noticed there was another number. Beside the word "followers" stood the number "1". I wouldn't mind if the "1" stood for "Number 1 blogger" or "First place".
No.
Instead, the lonely number meant that I had only ONE follower! (ONE?!) And to make it worse, the follower was my little brother Kev; who kinda HAD to follow me! Talk about a sign not to give up the day job just yet and an indication that I needed to keep working on the typing!

After a quick pity-post on Facebook to my brother, admitting that how incredibly sad it was that he was my only follower, I soon saw that in fact a good few people regularly read my blog and were in fact following me through other media other than Google +.

So this is for you reading this; warts and all it's me and my life. Bear with me while I try figure this and everything else out. Sit back and enjoy the ride; bumpy as it may be.

Here's to you all for making my day - this Cailín Dána says thank you :) 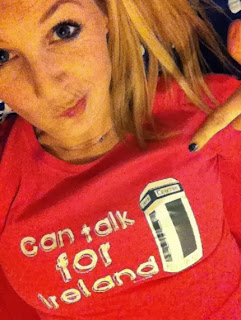