From a 36 degree day on Monday to 9 degrees on Wednesday, Melbourne never lets you forget that you're in the capital of "Four Seasons in One Day"! Let's say I will probably never be homesick here with the sideways rain, Antarctic winds and always having to bring a brolly and sunglasses wherever you go!

After a beyond-mental week in work I met up with a friend for a few drinks on Friday and had some very interesting & honest chats... Talk about eye-opening.

Saturday brought with it sunshine and smiles for some, but tragedy and tears for others...All I'll say is that my heart is breaking for you seeing you in pain & I'm here for you.
My little sister came over to say goodbye before she and her fiancé head off on their move to Townsville this week. She is taking every bit of the pregnancy and all the dilemma of moving house and uprooting life at 8-months-pregnant in her stride. I admire the utter courage, organisation and strength she shows towards the whole situation. I know I wouldn't be able to approach what she is about to take on with the determination she demonstrates. We said our farewells after taking a photo; and had a good laugh at how she STILL looks skinnier than me and only a month out from giving birth! I reckon I'm adopted. 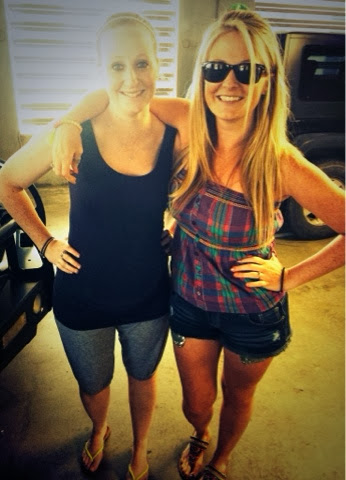 I head off to the "Ho Ho Hockey Christmas BBQ" (See what I did there?!) that I had organised and meet a group of the guys and girls sitting on the grass in the sun. What a lovely day; about 28 degrees and we sit around eating and drinking...WAY too much vodka. 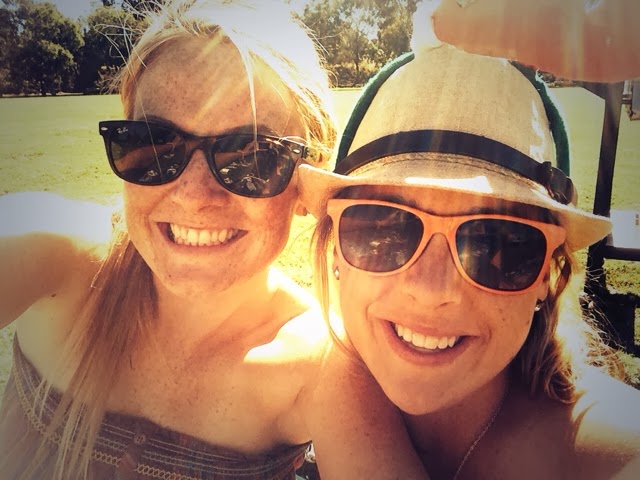 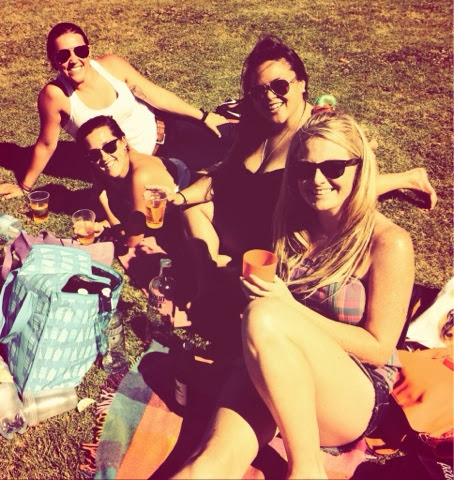 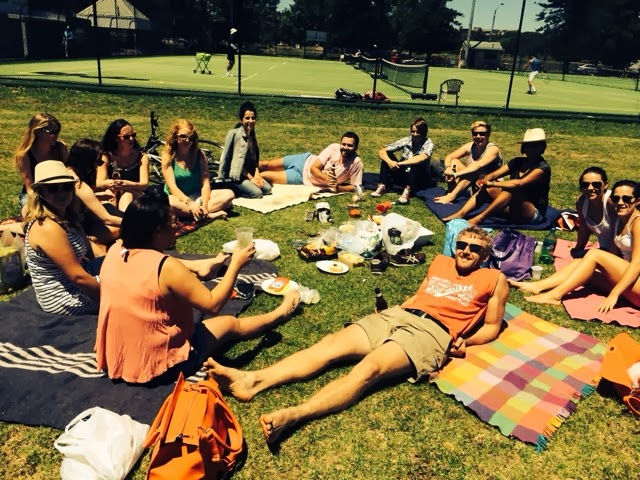 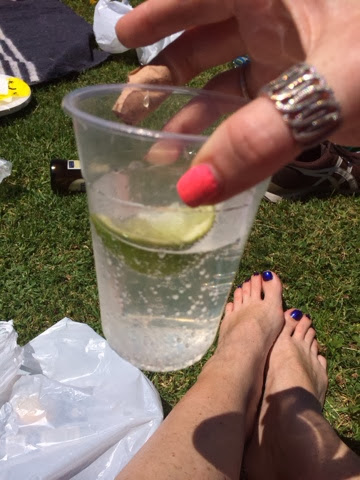 7 hours later we pack up and clean up after ourselves, making plans to meet up with each other later on in the evening. That never happened. I was lucky to make it home!
I thought I was fine, but about half-way through the 10 minute walk home I got hit by the waterfall of vodka that I had consumed. I don't remember anything else, but I woke up 9 hours later at 3am; in bed with nothing on apart from my knickers and sunglasses (wtf?!), and a cement bucket beside my bed. At least the bucket was still sick-free I guess...(clutching at straws here!) Not one of my classier moments...! 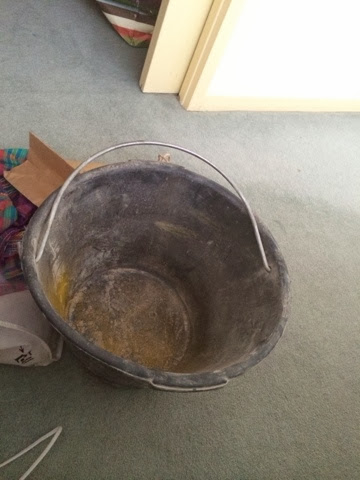 I had meant to be going to Ollie from work's leaving drinks and had clearly missed that as well as 9 hours of my life in general being blanked from my mind. A quick text to Ollie to tell him how ladylike I had behaved in order to explain why I wasn't there, then a quick update on Facebook to let everyone else in the world know what I had done; and to obviously make my mother and father proud of their first born and how mature she had become with moving overseas...Fail. Aw well, I was just happy that I had no hangover! #winning 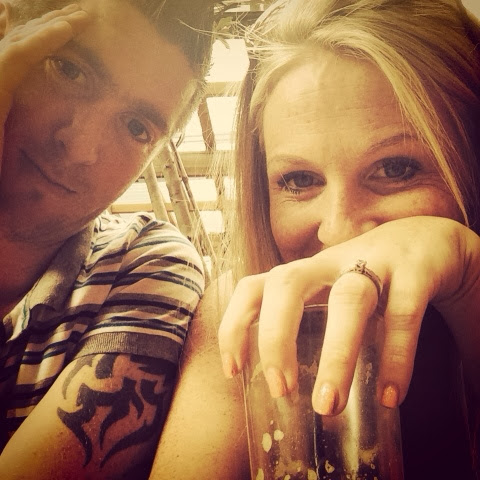 I headed off to Chapel St with Paul and finally to Las Chicas (http://laschicas.com.au/) on Carlisle St for some brunch. It was yummy! We sat outside, and although it was raining it was still very warm, so it was nice to get some air. The menu was very different and had lots to choose from; but I went for the "BBB" and it was delish! 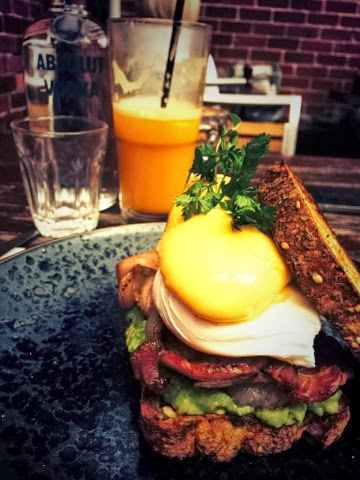 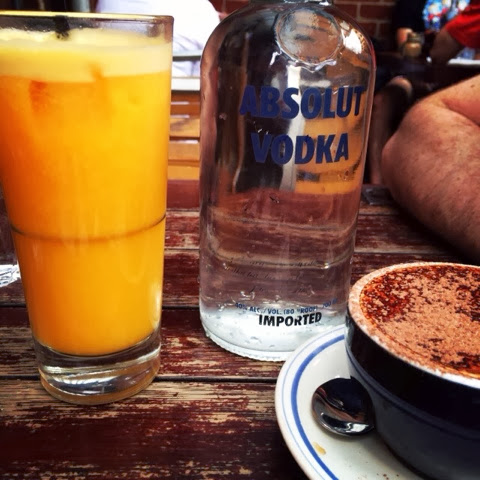 Back home to do my nails (#irishnailsmelbourne) and then to Úna's for "Úna-Sunday". Marion, Úna's French friend who is staying with her and Elma, made a French Christmas Cake (La Galette des Rois), which is WAY nicer than gross Irish Fruit Christmas Cake! It was yummy! Who the hell under the age of 60 eats Irish Christmas Cake anyway?! Seriously; I don't know one single person not in a retirement home that eats Irish Christmas Cake! Yet it's made months in advance of Christmas & dished out at every house you visit over the festive season, as though they're trying to get rid of it! The French one has a tradition of having a prize in it; kinda like the ring in the braic for Halloween; so it's even a fun cake! 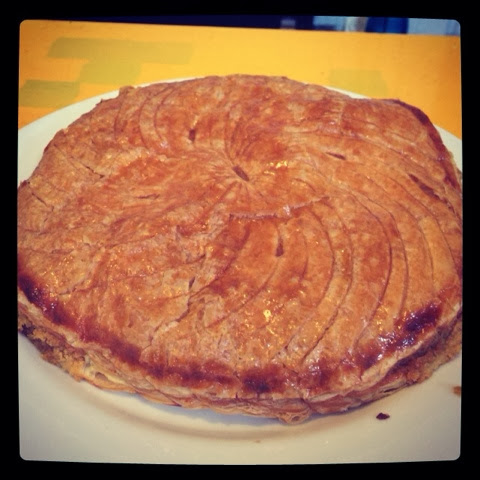 Úna and I then head off to Caffé Sienna (http://caffesienna.com.au/) as it was back open after being burnt down in a fire earlier in the year. We chat for a couple of hours and try make sense of some situations, feelings, relationships and life in general. Needless to say we don't get anywhere, but sometimes it can help ease the head and heartache. 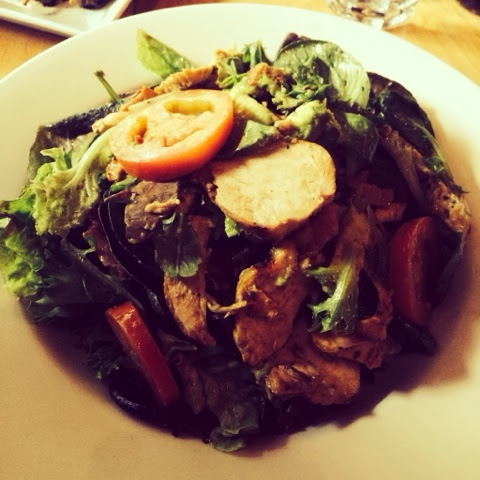 Back to hers where we meet with Elma, Marion, Clara, Mairéad and Elisha and then decide that a Fro-Yo would solve everything, so we head off to Chapel St again to load up on the calories. I think I could live on Frozen Yoghurt and Popcorn. I'm sure you could get all your nutritional needs from it; dairy, fruit & sugar from Fro-Yo & grains from popcorn!
My mate Dave (@ConwayDavid) reminded me on Twitter that my Mam used to freeze SuperQuinn (http://www.superquinn.ie/aspx/Content.aspx?id=866) yoghurts and then every kid on the cul-de-sac would come round and have one. Way ahead of her time obviously; she could have been a millionaire; especially since they were about 70p each & we bought this one for $13! 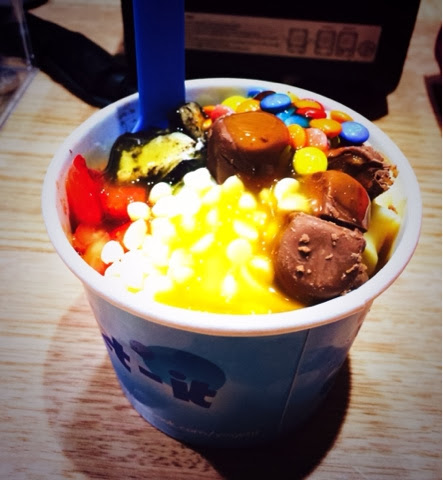 So, back home Paul decides to have a rant about Facebook and how this person and that person post stupid things or "why would you write that" etc. He keeps banging on about how "some of stuff doesn't even make sense" & that "people are weird". He finishes off the rant by saying "I mean, why the hell would you write "I mathematical sign 3 you"?!" It took me a second after asking him to repeat himself before I broke down laughing. I couldn't control myself for at least 30 minutes afterwards and keep smiling every time I think about now.
God bless my social-media-ignorant husband.
I <3 You.
Posted by Ciara Sweeney at 12:02