So, I get it now. I totally get it.
I often wondered how straight girls get "crushes" on other girls, but now I see. And I don't just have one either; I have three!
I went to see Pink, Rihanna and Beyoncé in concert and OMG I am officially in love. 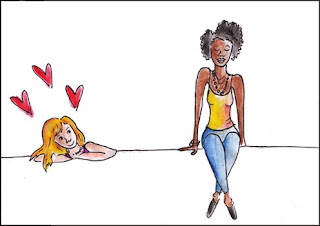 Pink was an amazing singer, extremely athletic, funny, entertaining, cool and interacted with her crowd the entire concert. She collected gifts from the fans, waved to the kids and spoke to many people beside the stage. That girl is out of this world when it comes to talent. Pink flew through the air, upside-down, while singing - and IN HEELS I might add! Wonder-Woman and a born entertainer! An amazing birthday present from the girls & night I will never forget! 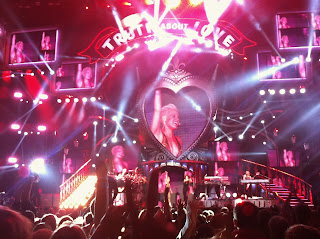 Rihanna was completely different, but off-the-chain-sexy! Everyone in the crowd just stood there with their mouths open, drooling and staring at her in disbelief! At times there was utter silence as she sang, as people were too enthralled with her appeal to scream or sing along! She didn't really interact with her fans at all; apart from the odd "grinding-session" she did with a couple of guys that thought all their Christmases had come at once! JD said to me at one stage that she felt we were intruding on an intimate moment that Ri-Ri was having with the microphone!! However, that's what made her so intimidating and yet intriguing to watch - she was singing and dancing like it was for you and you alone; and she didn't care if you were a guy or a girl. 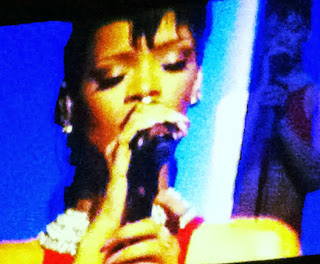 And then Beyoncé arrived and you forgot about everyone else. She showed them all how to do it and how to make all the fans feel special. Dancing, singing, smiling, interacting; she had it down to a T. This was one sexy, strong, amazingly talented woman, who loved what she did and was very VERY good at it. She had two stages so that she could get to see everyone, she read out people's signs and spoke to them. She sang exactly like you hear her on CD, she looked AM-AY-ZING; exuding confidence as she strutted her stuff around the stage while men drooled and women screamed. You left the concert both ecstatic at what you had seen, but depressed that you were born you and not her! 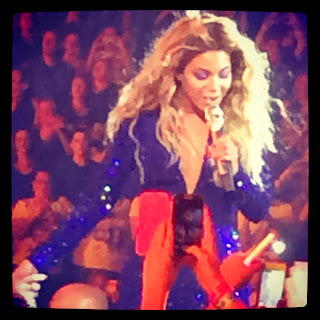 I think my main hangup about people who are famous is if they're not willing to give something back to their fans. These people would be nothing if it wasn't for their fans. They are the lucky few who have (or mightn't have!) a talent and have been able to use this talent to their advantage. Seeing these three uber-famous women putting on such great shows and leaving people with smiles on their faces shows how easy it is to give back to others and to make them happy or  feel special. With a taco truck outside for all her crew and dancers, Bey shows how normal she is...underneath the millions of dollars worth of Bootylicious skin that is...

Oh well. One day...
In the meantime it's back to my chicken wings and chips...!!