Paul has met a few celebrities in his time here in Melbourne.
He bumped into @DjokerNole Novak Djokovic playing golf at Albert Park Golf Course, who had left his club behind and then Paul gave it back, only to notice who it had belonged to. A quick pose for a photo, Paul was left disappointed as he thought he was a) super-skinny and b) no craic at all. So much for the Joker... 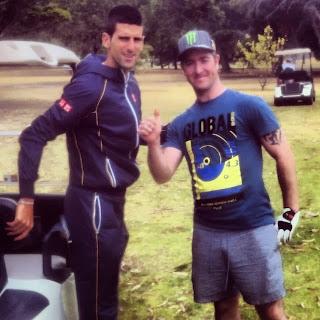 Next celebrity to be found was @HKewell10 Harry Kewell, who was also at Albert Park Golf Club! Paul spent 20 mins chatting to him and said he was one of the most down-to-earth and soundest people he had ever met. As a Liverpool supporter Paul was delighted to have met him and to find that he was a nice person on top of everything else was a bonus. Djokovic 0 - 1 Kewell. 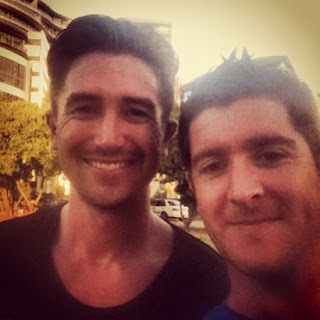 Finally we came across @Tim_Cahill and @LucasNeill at Southbank while they were having lunch. I didn't recognise either of them, but Paul was quick to spot the footballers and get their photos and autographs to keep the collections rising. Nice guys and made Celeb-spotter @Pauloh1402's day! 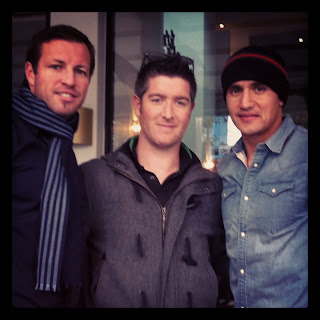