Action Packed Christmas Down Under 2012

We decide that it's a good idea for Paul to go home for a month as he wasn't working, there wouldn't be enough room in our apartment when Mam and Dad arrived for him too, and it would be great for him to get home to see his family and friends. His brother was having another baby too, so it was all perfect timing!

Healesville Sanctuary (@HvilleSanctuary) was great - a full day out in nice weather. The first time I got to see Roos, so I was super excited. Funnily enough they're not exactly roaming around Melbourne as you may think when you're at home! Great day out and thoroughly recommended as there is so much to see and the area is extensive; which is good as it's pricey per adult at almost $27. Worth it though and I congratulate @zoosvictoria on the amazing job they have done with @Hvillesanctuary and @werribeezoo !! 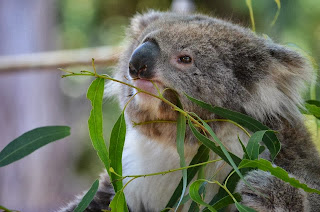 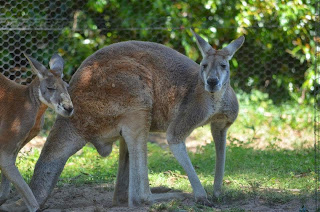 The Shrine of Remembrance was interesting, although I was out at fitness the morning of and got burnt; so was starting to show how red I was when I was at the Shrine. I ended up with a big white stripe on my leg where my knee strap was on. This mark was on my leg for the rest of the summer!!! NOT a good look...although it went with the invisible "running top" that I seemed to have on also...!!
This isn't really my scene, but we went as it was free and something noted on the list to do for "things to do in Melbourne". 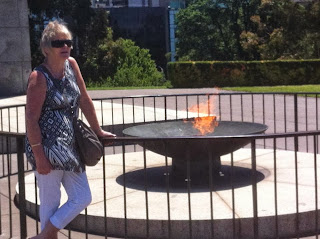 We went to see "The Seven Psychopaths" at the Open Air Cinema in St. Kilda beach (@stkildaopenair). It was absolutely FREEZING despite it being in the middle of summer! We were all blown bald with the wind and huddled together for warmth! The film was good, but next time I'll be bringing a hot water bottle and sleeping bag!! Great fun for an unusual activity and I will definitely be going again; but more prepared for the Antarctic winds! Again, can be VERY pricey (up to $50 per ticket on the door), but I got a @Groupon deal and it worked out great. 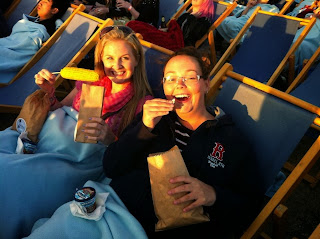 Mam took this pic of me on St. Kilda beach when the "Cool Change" came. They didn't believe me when I told them that the wind direction changes immediately and the temperature drops significantly. Then one day we're on the beach and it's packed. The wind direction changes and the temperature drops about 10 degrees in seconds. The beach is emptied in about 3.5 secs and Mam is covered over in sand in about 2 secs more! We vacated our spot on the beach a minute later and went for a beer at "The Vineyard" (http://thevineyard.com.au/) to wash the sand out of our teeth! I love this place - it's beautiful looking and always busy no matter what time of year! 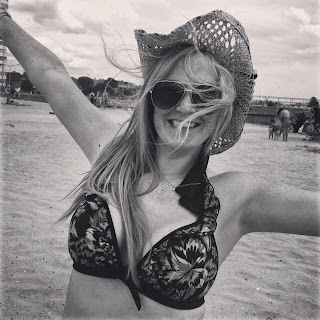 In town one day a (hot) randomer passing by gives me his balloons and smiles at me - I take them and walk around the city with them til I get on the tram and see a kid looking at them. I give them to her, sit down and then hear a loud BANG followed by the screaming of a petrified kid who got the crap scared out of it...oops! So much for spreading the love...! 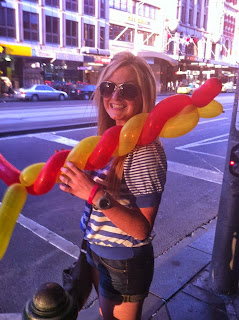 ご馳走さまでした (gochisōsama deshita)
First time experiencing the Tepanyaki Japanese cuisine. Lots of fun and I managed to catch all the bowls of rice and also the food in my mouth without spilling any! The advantages of having a big mouth...
Rita (@ritacarney1) met up with us (Mam's Godchild who lives in Melbourne with my friend Jenny @lennonjen) so it was great to get out with her. It's impressive what those chefs can do... expensive for the little you get, but I managed to get the meal again on a @Groupon deal, so it wasn't too bad. 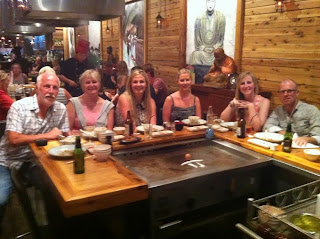 The @blueysboathire fishing trip was a success til Paul took offence to something someone said and was in a bad mood in the middle of the sea, on a very small boat. Awkward as hell doesn't describe it! And the fact that he didn't catch anything and Luke, Bhany and Dad did didn't help the situation at all! 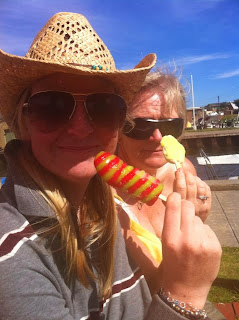 Soverign Hill @sovereignhill was a great day out - although the temperature reached 41 degrees, so it was VERY hot! The people in the town acted their parts all day and it really added to the atmosphere of the old town in gold times. Really very interesting and lots of ways to interact...some of which Dad did a little bit too much; much to Bhany and I's embarrassment!! Shouting "Can the real Shclim Shlady please stand up" in the darkness of the gold mine tunnel packed with tourists springs to mind and still haunts my dreams... A great day and something I would definitely recommend to anyone despite the $47 per adult entry. I had a lovely time and even got to try looking for gold in the river, but the lady beside me found it before I did! 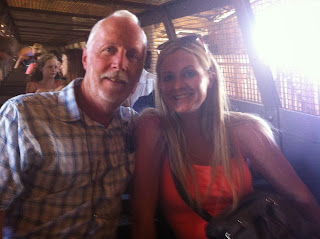 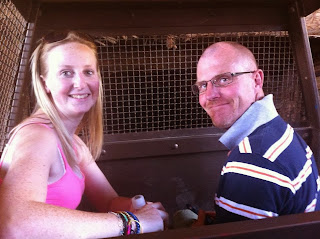 Christmas was exactly what I expected - nothing like Christmas. In Oz there's no build-up, no music in the streets and shops, no trees and decorations; nothing! Christmas Day was spent in Bhany's house, having a BBQ and sitting round. A very different experience and nothing like what Christmas is meant to be like. Most people head to the beach as it's the middle of summer. I feel sorry for those who think that this is what Christmas is like! It's my favourite time of year and I wish I could spend it at home in Ireland every year! 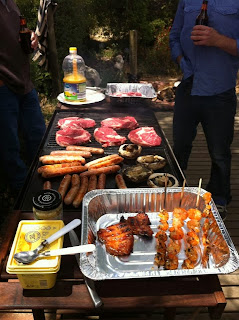 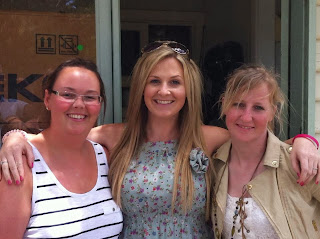 New Years was spent at Albert Park. My friend Jenna, her boyfriend Ryan and their friend Lauren came and met us down by the lake. We brought food and drinks and sat watching the fireworks. It was really nice, apart from the fact that the car broke down half-way down to the lake, so Bhany and I had to walk the rest of the way! A nice and relaxed way to ring in the New Year, and Bhany and I got up to our usual tricks on the walk home...
Sad to say we were sober...but here's to 2013...!! 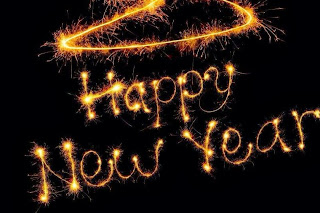