So, the decision was made. Time to get out and make friends, get fit, healthy and happy and start enjoying the opportunities here in Melbourne for me.
I decided to sign up for Summer Hockey with PHSK and go full on into it. This was without-doubt the best decision I made here in Melbourne; one that would change my life here.
I played one match a week and started to get to know the girls along with Aisling. The summer season went from Oct - February, and gave me something to look forward to ever week. Our coach Jessie from Sports Development Services (https://www.facebook.com/sportdevelopmentservices) had also given us some fitness drills to do during the week, so I set up some days and times that some of us could meet up to do the 5km jog or the exercises and sessions on a regular basis. I was now jogging 5km in 26 mins 26 secs at best - a far cry from my 35min 4.84km 6 months ago! :)
Training in the heat wasn't exactly pleasant, and we had one hockey match that we had to play when it was 35 degrees! Melbourne was certainly living up to it's "Four Seasons in One Day" name! I thought Ireland was bad for that!
We were losing every match, but I was having much more fun now that I was fitter and that I knew the girls better. Paul would laugh at me saying that I was the only person who would come home from losing a match 7-0 with a big smile on my face! :)

Decide to rescue a little kitten from "Death Row" and call him Toby. He's my little baby who likes to behave like anything but a cat. He chases you, loves to be covered and hates to be cuddled! 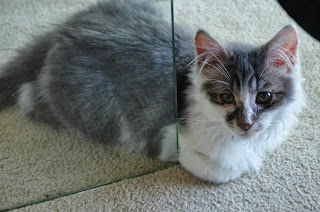 We did "Christmas in July" with Bhany and Luke in our apartment. Didn't expect the real Christmas to feel anything like Christmas due to the heat, so we said we would do a full roast and veg etc. Paul cooked the meal and it was lovely - despite the drama of us buying pork instead of ham... Oops! Quick trip to the shops and it was sorted! 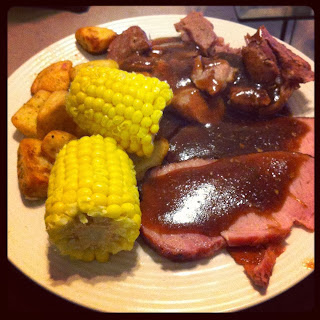 October brought with it the Moto GP (@motogp) in Phillip Island - Casey Stoner's (@official_CS27) last race on his home ground and Jack from work had invited Paul and I to stay in his son's house with him for the weekend as he was going to it also. What a weekend! I loved every moment of it, although the weather was unpredictable; it was freezing on the Saturday and then sunny on the Sunday! Stoner won, despite falling in practice and consequently got up and set the fastest lap! Got some amazing photos and was very happy with the experience! Can't wait til next time! 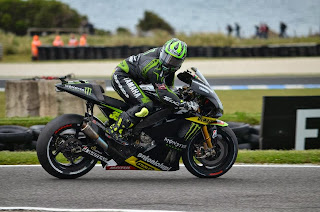 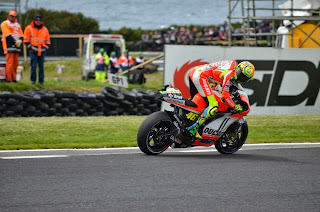 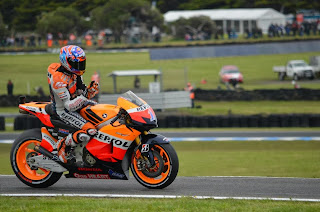 Went to see Coldplay (@coldplay) in concert in the Ethiad Stadium on Nov 13th. AMAZING as expected! Got the tickets from Bhany and Luke for my birthday. They certainly know how to put on a show and were even better than when I had seen them before in the Phoenix Park in Dublin! The other three hadn't seen them live before, so they really enjoyed it. My cousin Jennifer (@secondtimer12) came over in mid-November for 3 months and I think was shocked at the realisation of how far away from home we actually were.
It's hard to explain how you feel when you get over here first. It is so different to home that you know it's on the other side of the world without knowing where you are. The first thing that we noticed when getting here was how "American" everything looked and the number of Asians there were! Everything is so much bigger than things at home, the weather is different, the people are different, the food is different etc. So getting homesick is easy cos it's nothing like home. Especially if you're not doing anything exciting or have plans to look forward to.
It was great to see her and we had a cosy little house for 12 weeks! :) 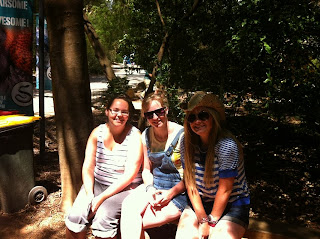 Went to see the Men's Hockey Championships at the State Hockey Centre with some of the girls. Was well worth it - great weather and great days out! I took my camera along and got some great photos. Classic Mary (@mary_munson) was shouting "Foxy I'll buy you a pint if you score" to @Danfox450 and then refusing to buy him a pint when she saw him later cos he didn't actually score - and telling him that "even she" scored on that pitch!! It was funny and he was a very nice guy!
Also classic Suzie telling her Black Sticks team that they choked, but it's ok, cos that's what Kiwi's do....!!! I was mortified!! lol! 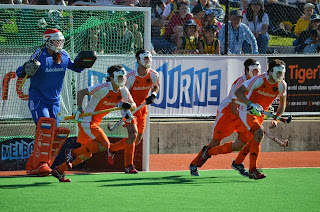 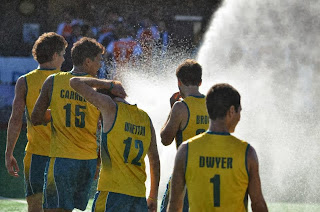 Shared some of them on Twitter and got the Dutch Olympic Hockey Manager to reply to me with some of his pics. He then sends me out some Olympic Hockey gear for free!!!! UNBELIEVABLE!!  I get a vest, 2 jackets, a pin, socks, 2 sweat-bands, a baseball cap and a training top! I am stunned at his generosity and have to think of some way of repaying him! Go Team Orange!! 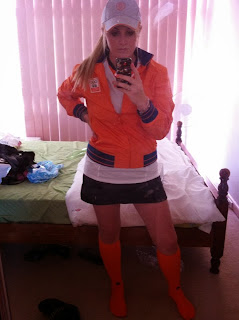